Tyson Fury vs. Anthony Joshua could be dead by Monday

By Robert Segal: Tyson Fury vs. Anthony Joshua fight could be dead in the water by Monday, according to Gareth A. Davies.

It’s a bad time for Joshua (24-3, 22 KOs) to be taking the fight with Fury right now, given his new contract with DAZN and the consecutive losses he suffered against Oleksandr Usyk.

It’s a great time for Fury to be taking this fight, but not for Joshua, particularly with him being rushed back into the ring to fight on December 3rd after his recent loss to Usyk.

“It is plausible, but it just takes Queensbury to agree to those things. What he [Eddie Hearn] was talking about if I read between the lines is the control of the promotion,” said Gareth A. Davies to iFL TV.

DAZN has a big contract with Joshua, and they may not want him fighting Tyson Fury right now. This isn’t a good time for his [Joshua] deal with DAZN. He just lost two fights in a row, and three out of his last five in traditional boxing speak to go into #1 in the division.

“But the way it was portrayed afterwards and the things that were said afterward, why not take this opportunity now.

“What Hearn is indicating is they need control within the promotion of those commercial aspects. I can’t see why Queensbury wouldn’t agree to that. It depends on what they are.

“Is it an excuse for getting out? Maybe. Is it a plausible reason? Possibly. The truth is, unless someone ever leaks the contract, we’ll never see it. If it does fall through, sometimes you do get contracts leaked.

“The fine detail here is what’s stopping this fight from going ahead or a decision, ‘No, it’s not right now.’ Hearn said it could take weeks to sort out all the fine details. We haven’t got weeks.

“Two months before the fight. By Monday, we can expect this fights dead if they’re not dead by Monday. If they’re talking every day, that didn’t happen less time. I fear if this doesn’t get over the line, I don’t see it gets done next year.

“They’re not going to struggle to sell out Principality Stadium for this one. He could still get into camp now and start preparing. My understanding is the broadcasters have agreed as well and are happy to go ahead with the fight,” said Davies. 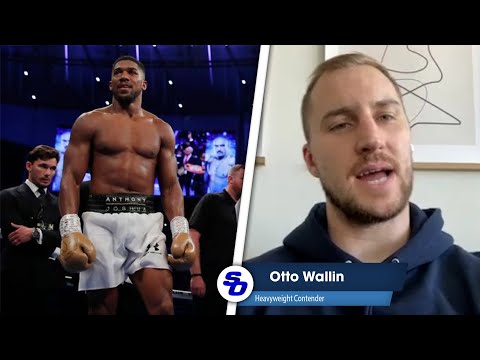