By Mark Eisner:  IBF,/WBA/WBC World female middleweight champion Claressa Shields (13-0, 2 KOs) put on a masterclass performance, defeating the much slower previously unbeaten WBO belt holder Savannah Marshall (12-1, 10 KOs) by a 10 round unanimous decision on Saturday night in their undisputed clash at the O2 Arena in London. 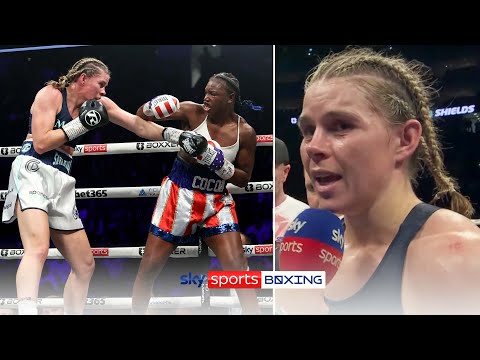 In the championship rounds, Shields looked tired from the fast pace that Savannah had set, and she was getting hit with big shots that she hadn’t been in the early action.

Still, Savannah had too much ground to make up, and she couldn’t pull out the victory despite her late surge.

Shield’s hand speed and combination punching were key for her getting the victory. Although Marshall had the advantage in power, she couldn’t match the speedy combinations from Shields. 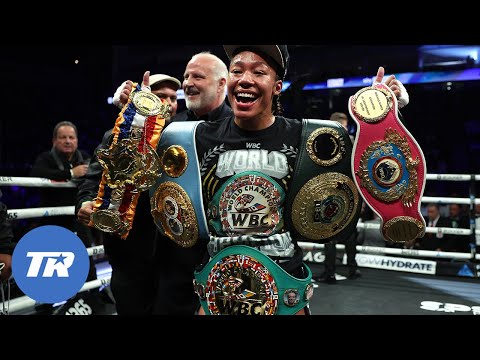 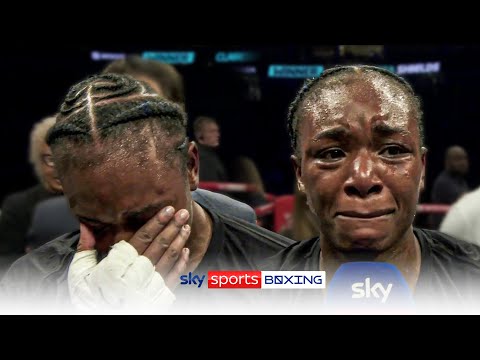 “It was five weeks. I think anybody that didn’t take advantage of the extra time doesn’t know about being a great fighter,” said Claressa Shields to Secondsout ahead of tonight’s fight against Savannah Marshall in London.

“If you go low, I go lower. It’s all a mental game, and I’ve had the edge so far. No thinking to it,” when asked if Shields thinks her mental game is superior to Savannah’s.

“It was good to add more and build more [having more time to prepare] because I was already there. I just had to make sure I didn’t overtrain and get too upset with the postponement.

“I’m expecting a very neutral crowd because I’ve got a big fanbase here in the UK,” Shields continued. “The fans that are cheering for me, thank you.

“I know my fanbase will be bigger after I leave here. I’m not the fighter I was in 2012 or even in 2016. I’m a completely different fighter or every year. Every fight, I add something new or take away a different habit.

“I’m a complete fighter, and I have a lot of things in the toolbox that I use. If I have to use all of them to win, I will. 10-years ago, this didn’t even exist or even five years ago. We’ve been able to show that women’s boxing is at a very high level.

“We get paid like the men and fight on big cards like the men. We headline where men are on the undercard,” said Shields.