By Charles Brun: Conor Benn’s dad, Nigel Benn, says he’s in “total shock” after Conor’s mega-fight against Chris Eubank Jr was called off after a positive test for the banned substance clomifene.

The positive test was from VADA, not UKAD, which is why the British Boxing Board of Control didn’t suspend Conor. The Boxing Board only recognizes UKAD with the testing results.

Oddly enough, Benn’s B-sample still hasn’t been tested to see if they confirm or clear Conor of his positive test for clomifene.

If it is tested, it’s unknown if the boxing public will be informed of the results. Either way, Benn isn’t expected to be suspended because UKAD doesn’t use VADA as their testing agency in the UK.

Moving forward, one way to fix this mess is for the British Boxing Board of Control to recognize VADA testing results and UKAD.

“We’re in total shock. I’ve been with my son for ten weeks, and the training is absolutely the best that it could ever been,” said Nigel Benn on Instagram.

“He’s a dedicated trainer, and he leaves no stone unturned, and we’ll get to the bottom of this. I love my son. I know he doesn’t cut no corners. He goes straight at it 100%, but we’ll keep you informed to let you know what the next step is.

“Boxers are randomly tested. UKAD are the official governing body, Boxing Board of Control testers in the UK,” said Gareth A. Davies to Boxing Social.

“VADA is what the guys sign up to additionally. They were both signed up voluntarily and additionally voluntarily in the contract. So there’s a secondary testing process, which I think is a great idea.

“Maybe VADA and UKAD should both be officially aligned with the Boxing Board of Control. They come under VADA testing world Anti-Doping agency. That’s where this testosterone creator, this steroid. I can’t remember the name of it [clomifene] now. This fertility drug for women.

“So maybe they have to come under the same roof. Maybe they [BBBofC] take on other tests. The right decision has been made with Chris Eubank Jr and Conor Benn. I do hope the fight gets on eventually.

“It’s a mega-fight, but clarity and transparency are the keys to the day here, and they’ve won out,” said Davies. 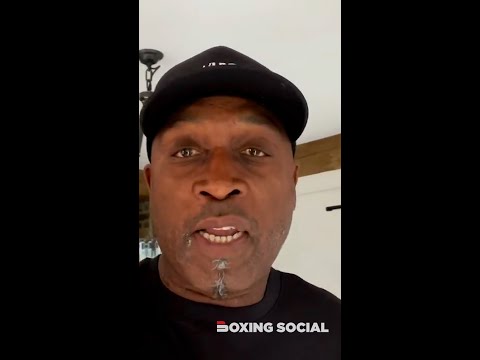