Frank Warren says he would cancel Eubank Jr vs. Benn

By Barry Holbrook: Promoter Frank Warren states that he would cancel the Chris Eubank Jr vs. Conor Benn fight if it were up to him after Benn’s positive test for the banned substance clomifene that turned up during a VADA test.

Warren feels that if something goes “drastically wrong” on Saturday, what would they do? If someone gets hurt in the fight, where could they go?

“Eubank Jr is taking a calculated risk in as much saying ‘I don’t care if he’s taken it, I think I can beat him,’” said Frank Warren to talkSPORT Boxing.

“The Board has shown some integrity here if the fact is he’s tested positive.

“Why have you signed up for VADA if you didn’t need to and were relying on the UKAD tests? Why pay the money out to have them tested?”

“Yeah, I would. If something goes drastically wrong, what are you going to do about it? Where do you go with that?” said Warren when asked if he would cancel the fight if it were up to him.

“Conor Benn is obviously insisting he’s a clean athlete, and this weekend’s mega-fight with Chris Eubank will go ahead despite the failed drug test for a banned substance,” said Gareth A. Davies to iFL TV.

“He has tested positive, as we know, for a drug that is taken by women, but it can increase testosterone in men. That’s clomifene, the drug. It’s a tragedy. If he has taken drugs, it’s a great shame.

“The weird thing is, it didn’t flag up with UKAD, yet it flagged up with VADA that he and Chris Eubank agreed to sign up to. We don’t know if the fight is still on.

“We’re told there are hearings going on tomorrow. Could that be Boxing Board, which has prohibited the event? It could be the Luxembourg Board.

“I asked Eddie Hearn, and the last thing I heard tonight is he has no answers at present whether the Eubank-Benn rivalry continues in 72 hours or we face a postponement.

“I think the later date would be the most fitting way of ensuring moral clarity for this situation,” said Davies. 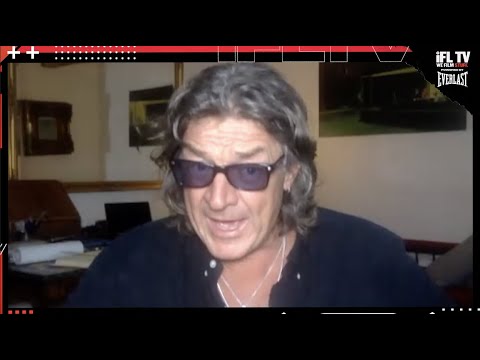