Interestingly, Warren says Chisora might give Fury a better fight than Anthony Joshua would have, which is hard to believe if you watched how poor Derek looked in his recent fights against Kubrat Pulev and Joseph Parker.

It’s an odd choice for Fury (32-0-1, 23 KOs) to fight the 38-year-old Chisora (33-12, 23 KOs) because he’s a textbook journeyman, and his recent ring record is a dreadful 1-3 in his last four fights. There are no words to describe how poor Chisora has looked recently.

Even by voluntary defense standards, this is really scraping the bottom of the barrel, and it’s pretty obvious this fight isn’t about providing the fans a competitive fight but more about making a little money due to Chisora being well known with the British boxing public.

“We’ve got the highest ranked opponent, which is Derek Chisora,” said Frank Warren to iFL TV about Tyson Fury’s next opponent on December 3rd. “That’s where we’re going, and that’ll be on December the third.”

Chisora is ranked #14 by the World Boxing Council, and it’s hard to believe that he was the highest-ranked opponent for Fury. You got to believe a higher-ranked contender could have been found for Fury to fight on December 3rd that would provide a more competitive fight than the played-out 38-year-old journeyman Chisora.

If you saw how painfully slow & tired-looking Chisora looked in his last two fights against Pulev and Parker, you’d be alarmed that he’s been chosen to challenge Fury for his WBC title. Chisora looked worse than shot.

The only reason he beat the 41-year-old Pulev is because he’s more over-the-hill than he is.

“Tyson hasn’t been out in a year, and we were expecting a fight in December would be Usyk, but Usyk wasn’t available. Now that looks like, I hope, going on in February. Tyson wants to fight before that, and he wants to get out. We want to get him out, and that’s where we’re at.

“Let him fight Chisora, and if he gets through that, then let him fight the big one. That’s what it’s all been about this year, really.

“Derek might give him more of a fight than Anthony Joshua. I just think he [Joshua] is more vulnerable,” said Warren. 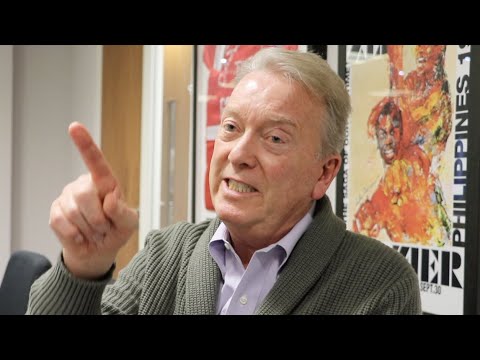 Can Conor Benn Provide Legitimate Evidence To Prove He Doesn’t Use PEDs? »