Errol Spence on Terence Crawford fight: “S**t is happening next, all you need to know!”

By Chris Williams: Errol Spence Jr is confirming that the mega-fight with Terence Crawford is “happening next” and that he’s going to put him “in the dirt.”

Crawford, 35, has been dreaming about this fight for years, but he could retreat wanting to mix it with Spence because this is a much different kettle of fish than the weak opposition that he’s been feasting on during his entire career.

The Spence vs. Crawford fight was tentatively talked about taking place on November 19th, but with Terence reportedly wanting visibility, don’t the expenses for the bout; it could delay the match from happening?

The good news is Spence is confirming the fight with Crawford is happening, so that’s one positive thing. With Crawford getting older, fans can’t afford to wait too much longer for the fight to happen.

“They’re saying the same things that we’re saying in terms of wanting this fight to happen now,” said Shawn Porter on the Porter Way Podcast. “In terms of the boxing world, this is the biggest fight that can be made in professional boxing right now.

Shit is happening next all you need to know ! ✌🏾

“I think the first three rounds are going to be very tactical, back and forth. I think Terence is going to come to the ring mad. I knew he was a mean guy, and I knew he had to get to a certain place to get himself to fight,” said Porter about his fight last October against Crawford. 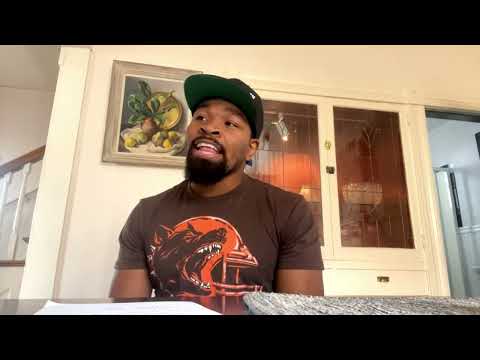