By Vince Dwriter: When you break down the gender issue in professional sports, the men traditionally generate the higher revenue, and they’re the most entertaining, but for the year 2022, part of the trend was broken in the sport of boxing, as the female boxers consistently delivered the exciting high caliber bouts the fans wanted to see.

The night of April 30, 2022, was a historic night for women’s boxing because, for the first time in boxing history, a women’s boxing match was the headliner at Madison Square Garden. The bout was a battle of champions as undisputed lightweight champion Katie Taylor defended her title against seven-division world champion Amanda Serrano.

The fight for the undisputed lightweight crown lived up to the hype as Amanda Serrano assumed the role of the aggressor, and Taylor used her boxing skills to counter the pressure. At the conclusion of the highly contested and very entertaining battle, Katie Taylor was awarded the split decision victory.

Approximately six months later, women’s boxing made history once again as a couple of old rivals settled their differences inside the squared circle. The night of October 15 marked the first time in ten years that Claressa Shields and Savannah Marshall faced each other inside the boxing ring.

Ten years prior, Marshall defeated Shields when the two were competing in the amateurs. Still, on the night of October 15, the adversaries would meet in the main event of the historic all-female card at the 02 Arena in London. With two million viewers tuned in, Claressa Shields earned her vindication by defeating Savannah Marshall by way of unanimous decision and winning the undisputed middleweight championship crown.

The co-main on the Shields-Marshall card also featured two champions who shared a major dislike for one another. Just like the main-event participants, the co-main boxers Alycia Baumgardner and Mikaela Mayer participated in heated exchanges during the press conferences leading up to their unification championship bout.

On fight night, the ladies had cooler heads as they both made the attempt to execute their technical game plans. In the end, Alycia Baumgardner captured the narrow split decision victory and successfully defended her WBC super featherweight title, along with winning the WBO and IBF super featherweight straps.

While the women were providing the fans with marquee matchups inside the squared circle, the men were exchanging a war of words on social media. When it boils down to the highly anticipated box office type of bouts in 2022, the women knocked it out of the park while the men struck out on several occasions.

Boxing fans and boxing pundits have been screaming for a Canelo Alvarez vs David Benavidez clash, but the fans received a third fight between Canelo and Gennadiy Golovkin. The trilogy bout turned out to be an underwhelming event that the boxing fans didn’t ask for.

Next up we have Gervonta “Tank” Davis and Ryan Garcia. These two rivals have been participating in word exchanges via social media and posting hints of a fight date for the entire year, but in 2022 they failed to agree to terms for a boxing match.

Last but not least, we have Errol Spence Jr and Terence Crawford. These two champions represent the biggest letdown of the year for the fans of boxing, due to the fact that the fans have been impatiently waiting for this matchup for four years. The bout is in high demand, but unfortunately, the teams representing Spence and Crawford were unable to agree to terms for the super fight.

In the year 2022, we observed multiple verbal confrontations with the top women boxers outside of the ring, and we also witnessed a series of confrontations between the superstar men boxers via social media. The only difference is the women got in the ring to settle their differences while the men are still publishing social media posts and making youtube videos.

The silver lining to all this comes in the form of a new year. While the women have the opportunity to capitalize on the momentum they have built up, the men have the chance to make the matches that failed to materialize in 2022.

Hopefully, during the course of the new year, the male superstar boxers and the individuals who represent them can follow the women’s blueprint and make the intriguing matchups that the fans want to see. The year 2023 will be a great year for the sport of boxing if the men can emulate the women by talking the talk and walking the walk. 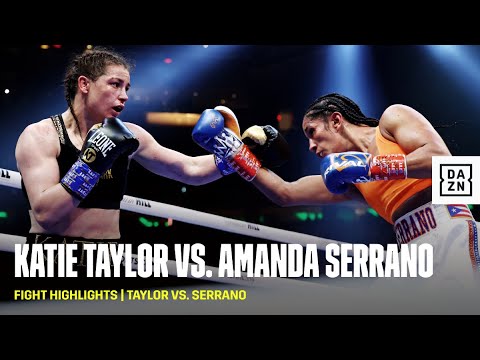 George Kambosos Jr “Back in the lab,” sharpening skills for next fight »