Devin Haney open to Lomachenko fight next, reacts to his win over Ortiz

By Sam Volz: Devin Haney entered the ring immediately after Vasyl Lomachenko’s win over Jamaine ‘The Technician’ Ortiz on Saturday night to say that “Hopefully, we can get it on.”

During the interview inside the ring, the undisputed lightweight champion Haney walked away after Lomachenko (17-2, 11 KOs) made it clear that he would “be ready” for the fight against him with more preparation. 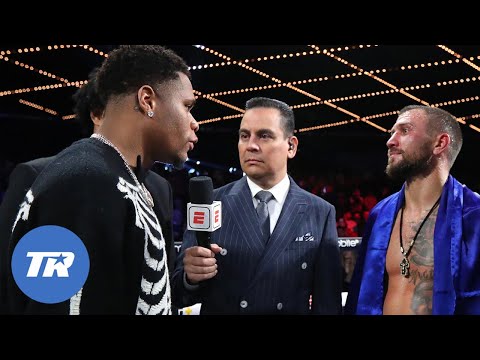 The way that Haney talked, he could price himself out of the negotiations and wind up moving up to 140 without fighting Lomachenko. Haney doesn’t seem eager to fight Loma, and part of the reason is that he’s too big for the division.

Lomachenko looked fairly good tonight for a fighter that had been outside of the ring for close to a year, defending his country Ukraine in response to the Russian invasion.

What made it doubly tough for the 34-year-old Lomachenko was the tremendous size of the 26-year-old ‘The Technician’ Ortiz (16-1-1, 8 KOs), who looked considerably larger and appeared to be a light welterweight in size.

It was predictable that Ortiz would fade in the later rounds because he had looked drained at Friday’s weigh-in, and wearing sunglasses appeared to be a move to hide how sunken his eyes were from water loss.

Devin Haney: “I don’t think it was the best performance, but I know that if me and Loma were to fight, a better version would be on that night. Congratulations, and hopefully, we can get it on.”

Vasyl Lomachenko: “Is this lightweight? No, this is heavyweight.”

Lomachenko: “Okay, I will be ready.

Bernard Osuna: “You said you were willing to make any concession that Haney wants to make this fight. How bad do you want this?”

Lomachenko: “Look, I’m ready. I told you before that I’m ready for any option.”

Osuna: “Anytime, any place. I heard those words when you were going to fight for the undisputed title. How do you feel about Lomachenko saying, whatever you want, let’s just get it done?”

Haney: “That’s what I like to hear. I took the risk, I went over to Australia twice. Everything that George Kambosos mandated to me, I signed up for,  so we’ll see when we go to negotiate it.”

Osuna: “When you look at Devin Haney with the way he fought George Kambosos in his two fights, what did you see?”

Osuna: “Tonight, did you feel that or was Jamaine just young, athletic, and difficult?”

Lomachenko: “I need more time for preparation, and I will be ready.”

Osuna: “Alright, the undisputed champion [Haney] has walked away now, but the gauntlet has been dropped, and we will hopefully have the battle for the undisputed. Devin Haney and Lomachenko both want it. Let’s get it done.” 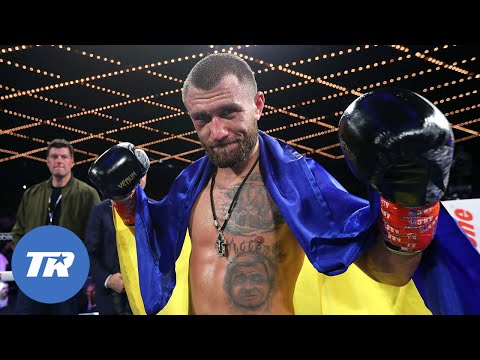 Shakur Stevenson on Lomachenko – “Lol, me and Dev the big one” »