By Craig Daly: Deontay Wilder is hopeful that he’ll get a title shot against IBF/WBA/WBO heavyweight champion Oleksandr Usyk if he beats Robert Helenius this Saturday night. Usyk has wanted to battle Wilder if his undisputed fight with WBC champion Tyson Fury fails to happen in February or March.

Ultimately, whether Wilder (42-2-1, 41 KOs) gets the title shot against Usyk will come down to how things pan out with the Usyk-Fury negotiations. 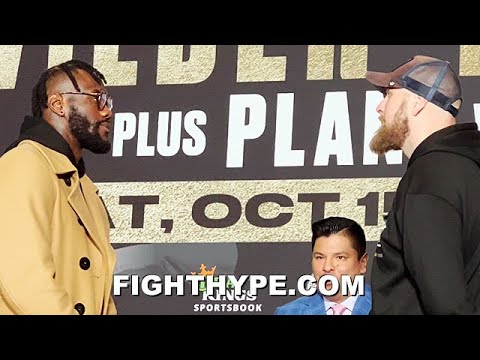 If Fury starts setting deadlines for Usyk to get him to speedily sign the contract for the fight before his management has had time to look at what’s written, we’ll likely see the IBF, WBA & WBO champion move on and face Wilder in early 2023.

Usyk won’t put up with repeated oddball deadlines set by Fury that Joshua dealt with when he attempted to negotiate a fight with the impatient 6’9″ champion.

Considering how badly Fury wishes to fight Usyk, the chances of Wilder getting a title shot against him are slim. It’s more likely that Wilder will wind up facing Andy Ruiz Jr next unless Anthony Joshua shows interest in fighting him.

“Many people have said many things to me about wanting to fight, but when the time came, they went another way. I’ve asked around about Oleksandr Usyk, and I’ve been told he’s a man of his word. Upon me being victorious, we’ll see what happens,” said Deontay Wilder about the potential of him getting a title shot against IBF, WBA & WBO heavyweight champion Oleksandr Usyk if he comes out victorious on Saturday night.

“This is a huge deal for him, and the position that he’s in after this fight,” said Deontay to the Breakfast Club Power 105.1 about Robert Helenius. “If victorious, he’s going to become mandatory for Usyk.

“This is a WBC eliminator. Either one of us [can fight Usyk next]. For him, he’s the mandatory for a certain belt [WBA] that he has. Usyk will be in the audience as well. He says he wants the winner of this fight.

“So the next fight could be for a title, and especially if Usyk is a man of his word, which I know a couple of people that have been around him and know him. They validate for him, so we’ll see what happens,

“My opponent Robert, he’s never been in this position before. He’s always wanted to be a champion for his country. So this is a big opportunity for him.

“He’s been my longtime sparring partner as well, so we kind of know each other well. The thing about it, this is where it counts. Everybody brings their A+ game when they’re fighting me, for sure.

“My only thing with him is, I hope he’s fair. A lot of these guys, when they get to a certain point, and they want to cheat and do certain things and whatever. There are so many products out here that can’t be detected.

“The drug game and people detecting it, they’re always behind because there’s always something being created. We’ll see what happens. I’m looking forward to this fight; it’s going to be an amazing fight. Although he’s my sparring partner when I get in the ring, I turn it on,” said Wilder. 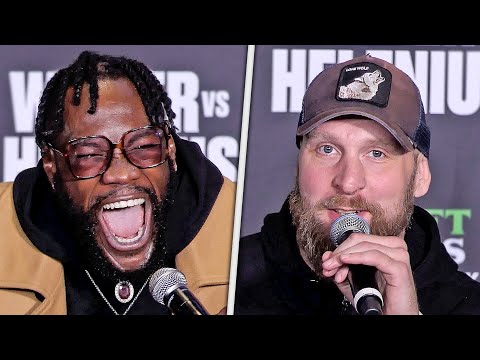 
« Haney-Kambosos II and the reality of rematches