By Chris Williams: Deontay Wilder showed a lot of movement during his media workout on Wednesday as he prepares for his fight against upset-minded Robert Helenius this Saturday night at the Barclays Center in Brooklyn, New York.

If the former WBC heavyweight champion Wilder (42-2-1, 41 KOs) can use the movement successfully against Helenius (31-3, 20 KOs) on Saturday night, this could be a very easy fight for him.

Wilder’s stationary aspect to his game during his three fights with Tyson Fury is what led to him losing two of them by knockout because he wasn’t getting out of the way of the big behemoth.

Against the 6’6″, 240+ lb Helenius, Wilder will have the same problem as he did against Fury, meaning that he can’t afford to stand in front of this guy because he’ll chop him down if he’s not able to land one of his right-hand bombs first.

Deontay confirmed today that he only has three more years in the sport before he retires, but, of course, if he’s finding success with his career, it’s predictable that he’ll continue fighting.

“I’m only going to have three more years. They’re going to go by fast. It’s a great feeling to receive your roses while you’re alive,” said Deontay Wilder today to the media during his media workout session ahead of Saturday’s fight with Robert Helenius.

“I’m not dead, I’m not about to die, and I’m not retired. So I’m dedicating myself to the people. A true people’s champ. I want my legacy to be, ‘He was a great man. He was a motivator. He was a man that abided by his word. He went out on his shield in every fight. He stood for something because if he didn’t, he’d fall for anything.’

“I want people to say, ‘He was a true legend.’ I’ve been in the game to try and fight the best. I’m going to continue to fight the best. The champions, the contenders, the #1 guys in the spot. It’s not going to go down from here. It only goes up.

“All the challenges, all the top, all the best. You always expect nothing but the best from me. I don’t get paid for overtime. I’ve been known for my knockouts. I put my life on the line each and every time. With that being said, I’m going to go out with a bang.

“I was never out of it. I still had a foot in the business. There was no missing. I was just missing time with my family, watching my daughters and my sons grow up. I got confirmation from my wife. She said, ‘I support you 100%.’

“Each and every fight makes you a better fighter. It makes you think about certain things and change the game plan on certain things. They were all memorable fights, especially for the fans, and nothing but the best moving forward,” said Wilder about his fights with Tyson Fury. 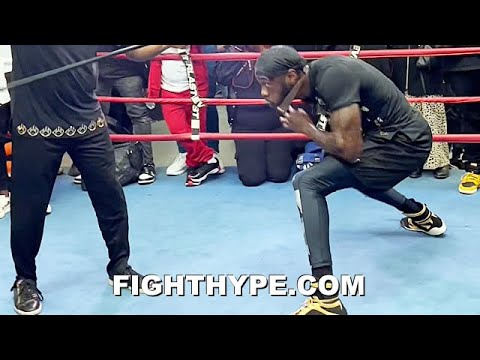 
« Haney vs Kambosos II: Kambosos Jr Ready To Do His Talking Inside The Ring

Plant vs Dirrell: Anthony Dirrell Plans To Be The Aggressor When He Faces Caleb Plant »