By Craig Page: Deontay Wilder says a fight between him and Anthony Joshua will occur at some point in the future. It’s too big for it not to happen.

Wilder feels that a fight between him and Joshua will be huge, even now with both of them coming off consecutive defeats. The Boxing world wants to see them fight.

Deontay says if he successfully beats Helenius (31-3, 20 KOs) this Saturday night at the Barclays Center in Brooklyn, New York, he’d prefer to challenge IBF, WBA & WBO heavyweight champion Oleksandr Usyk for his three titles next if it’s offered to him.

“I know I didn’t get him full as always, but I got him enough to where I saw his eyes roll into the back of his head,” said Deontay to Cigar Talk about his 12th round knockdown of Tyson Fury in their first fight in 2018.

“The referee,  I think he gave him [Fury] way too much time. He says I won all the rounds, in his opinion, and all that. He says the only reason he did what he did was because it was the best for the sport. That’s not fair to me.

“Then when you see him judge any other fights after that, he waves them off quick. Nevertheless, it brought greatness to the trilogy. It was one of the best trilogies, and a lot of other people have said the same things.

“But there are a lot of challenges and difficulties I’ve had to face in this business that wasn’t fair to me. I don’t have to go into it. Just know this business, it’s a cold world, this business,” said Wilder. 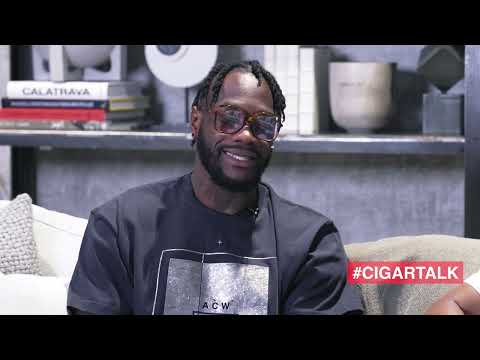 
« Conor Benn being investigated for another failed drug test