By Adam Baskin: Demetrius Andrade says he’ll knock out Caleb ‘Sweethands’ Plant in the same way he did to Anthony Dirrell last Saturday night in their co-feature bout on Deontay Wilder vs. Robert Helenius card at the Barclays Center in Brooklyn, New York.

Former IBF super middleweight champion Plant (22-1, 13 KOs) showed a rare glimpse of power in knocking out the former two-time WBC 168lb champion Dirrell (34-3-2, 25 KOs) in the ninth round with a lightning-quick left hook.

Andrade (31-0, 19 KOs) revealed that he’s moving up to super middleweight, and he wants to fight Plant, Jermall Charlo, or David Benavidez.

Plant probably won’t agree to fight Andrade because he’s a slick southpaw with speed, power, and boxing skills. Andrade checks every box for the type of fighter that Plant typically avoids fighting, so we’re probably not going to see the two ever fight unless Demetrius gets old soon.

Plant has been beating the drum for a rematch with Canelo Alvarez after being knocked out by him in the 11th round last November. So intent on getting the rematch with Canelo, Plant is forgetting that he needs to earn the fight, and he didn’t do that by beating an old 37-year-old Dirrell last weekend.

Plant needs to fight a younger fighter like David Benavidez, David Morrell, Andrade, or Jermall Charlo to put himself in position for a rematch with Canelo.

“Definitely what he did to him [Anthony Dirrell], I’ll be doing to Plant,” said Demetrius Andrade to ESNEWS about his belief that he’ll knock out Caleb Plant in the same way he did to Anthony Dirrell.

“I hope Anthony Dirrell is good. I look forward to getting in with the 168ers.

“Styles make fights. Benavidez is a straight guy. I’ve never seen him in person to see what he’s got, but he’s young, strong, hungry guy. I don’t care, I beat them all,” said Andrade when asked who wins between Plant and David Benavidez.

Plant should fight Benavidez next

“I didn’t either. That straight shocked me,” said Shawn Porter to ESNEWS when asked about Plant’s knockout win over Dirrell. “It was hard for me not to root for Anthony Dirrell.

“I’m definitely not rooting against Caleb Plant at any point ever, but I was rooting for Anthony Dirrell. We go so far back. When he got knocked down, I couldn’t believe it.

“I want to see Benavidez,” said Porter when asked who he wanted to see Plant fight next. “I wouldn’t be made at [Jermall] Charlo. I wouldn’t be mad at the Charlo fight, either.

“I think it’s too soon for [David] Morrell. Morrell looks like he can handle himself in the ring against just about anybody, but I know he [Plant] mentioned getting back to Canelo. Let that go. You can be great beyond Canelo. As long as you limit yourself to one guy, you end up being.

“Once upon a time, there was the Mayweather sweepstakes, and now there are the Canelo sweepstakes,” said Porter. 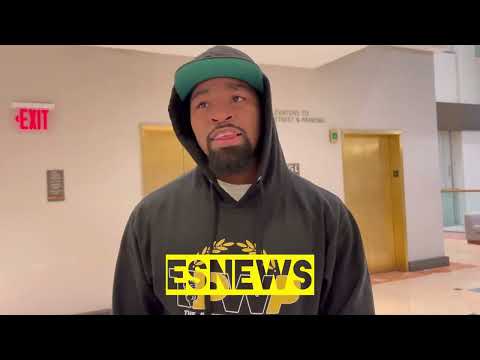 Josh Taylor and Jack Catterall agree to terms for Feb.4th in UK »