Daniel Dubois vs. Kevin Lerena being finalized for Nov.26th in the UK

It’s a strange fight and arguably just as bad as Dubois’ previously mentioned opponent, 42-year-old Lucas ‘Big Daddy’ Browne, who has been rejected by the British Boxing Board of Control.

Mike Coppinger says the Dubois-Lerena fight could also potentially occur in December if the match doesn’t happen on November 26th.

It’s anyone’s guess why Dubois’ management is choosing to match him against the smallish 6’1″ Lerena, as he’s a complete unknown, and he lacks the size, power & experience to fight for a world title against the huge 6’5″, 240+ lb Dubois. It’s a mismatch on paper, and a terrible one at that.

Lerena’s only career defeat came at the hands of Johnny Muller in 2014. To his credit, Lerena avenged the defeat in 2016, stopping Muller in the tenth round. Nevertheless, Lerena’s resume is nothing special, filled with middle-of-the-road opposition and lacking in substance.

It makes sense for Dubois’ management to put him in with strictly beatable guys like Lerena because it prevents him from getting beaten again, as we saw in his tenth-round knockout loss to Joe Joyce in 2020.

That was a bitter pill for Dubois’ management to swallow, and it showed clearly how utterly flawed he is. The defeat showed that Dubois is a big lump, who can dish it out just fine, but he can’t take it in return.

As such, matching Dubois against fighters like Browne, Lerena, Trevor Bryan, Joe Cusumano, and Bogdan Dinu can keep his career afloat in the short term.

Before Dubois’ defeat against Joyce, there were many boxing fans and members of the media that were high on him. But that loss for Dubois opened the eyes of fans, allowing them to see him for what he is. A slow, limited fighter with power, but who can’t take punishment in return.

“Daniel Dubois and Kevin Lerena are in the process of finalizing a deal for a heavyweight fight slated for Nov. 26 in the U.K,” said Mike Coppinger of ESPN. 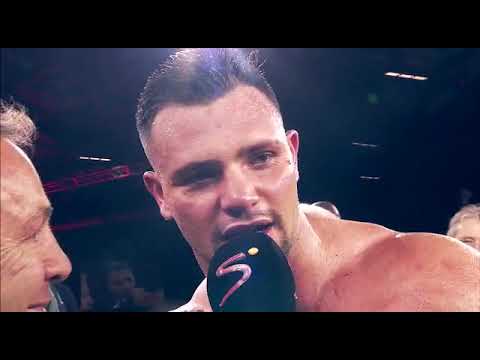 Eddie Hearn on Conor Benn: “He’s got a big fight on his hands” »