By Jack Tiernan: Shawn Porter is picking underdog Conor Benn to defeat Chris Eubank Jr next Saturday, October 8th, in their mega-fight on DAZN pay-per-view at the O2 Arena in London. The fight event will be taking place at 2:00 p.m. ET.

Despite Benn (21-0, 14 KOs) being undersized and totally experienced against the elite-level competition, Porter feels that he’ll be too fast and too strong for the 33-year-old Eubank Jr (32-2, 23 KOs).

Porter says Benn’s career is ascending, whereas Eubank Jr’s has reached a plateau. It’s fair to say that Eubank’s career has been going downward since his loss to George Groves in 2018, as he’s failed to bounce back from that loss.

All of Eubank Jr’s fights since the loss to Groves have been against beatable opposition, and there hasn’t been a sense of urgency on his part to take on the better competition at 160.

With that said, you can’t say that Conor Benn’s career has been ascending because his opposition has been too poor. When you’re fighting guys like Chris Van Heerden, Samuel Vargas, and Chris Algieri, that’s not showing that you’re going upward.

If anything, Benn’s career is an example of a failure to launch, and he’s not young at 26. When you compare Benn to fighters like 24-year-old Jaron ‘Boots’ Ennis, he’s not moving forward like the American with his career.

It’s difficult to imagine Benn defeating Eubank Jr on October 8th because he doesn’t have the experience or the size to win this fight.

For Benn to have a real shot at winning, he would have needed to prove himself against top-tier opposition at 154 or 160, and he’s not competed in either of those weight classes.

“When you look at the careers of the two guys, one guy is trajecting up, and the other guy, I’m not saying he’s going down, and I’m talking about Chris Eubank, of course, but he’s definitely plateaued at this point in his career.

“When you take a look at what Conor has done recently, you look at him as the guy that is supposed to take this fight. The one thing I know about that some people don’t.

“When you’re a professional fighter, and there are so many different components and intangibles that connect you to what you have to, which is a moment. You have to have a moment of greatness.

“When I talk about Chris Eubank and the fact that his dad has had success against Conor Benn’s dad, it makes me think he might get up for this thing in a way we haven’t seen him do in a very long time.

“Him coming down in weight may cause his body to come in the supreme condition that we haven’t him in in a very long time. I think for Chris Eubank, this fight is a mental fight before it’s a physical fight.

“I think if he can be very physical with Conor Benn, who likes to be physical in the ring. Kind of give him a taste of his own medicine, fight fire with fire; this can be a very intriguing match-up. However, from what I’ve seen of Conor Benn most recently, I think he’s too explosive, too fast, and he’s going to be too strong for Chris Eubank,” said Porter. 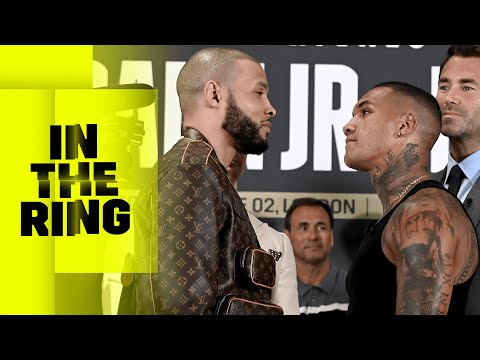 
« Who is Mahmoud Charr?