By Dan Ambrose: Anthony Dirrell says he plans on going in there and messing up former IBF super middleweight champion Caleb ‘Sweethands’ Plant to send him to his second consecutive loss on October 15th in their chief support fight on FOX Sports pay-per-view at the Barclays Center in Brooklyn, New York.

Plant vs. Dirrell will fight on the Deontay Wilder vs. Robert Helenius card. With any luck, Plant-Dirrell will steal the show from Wilder’s headliner against Helenius.

Dirrell has got to put pressure on Plant as Canelo Alvarez did. Plant struggles against fighters with power, who set a fast pace. Dirrell has got power, but it’s questionable whether he’s got the gas tank to fight at a pace that will drain him like a battery.

Plant (21-1, 12 KOs) lost his last fight to Canelo by an eleventh round knockout last November. Canelo took advantage of Plant gassing out in the eighth round and battered him until scoring a stoppage in the 11th.

For Plant, this was another fight in which he gassed out after seven rounds, and you got to figure that his stamina problems will persist into the Dirrell (34-2-2, 25 KOs) fight because he’s not improving in this area. The question is whether Dirrell will have enough power and a gas tank to take Plant out when he fades in the championship rounds.

At 37, Dirrell isn’t young, and he’s not the guy he was eight years ago when he defeated Sakio Bika in his prime. Although Dirrell still hits hard, he’s not the fighter he once was during the zenith of his career.

Dirrell doesn’t like Plant’s arrogant attitude, and he wants to knock him down a peg or two by beating him on October 15th.

“The game plan is to go in there and be ‘The Dog.’ I’m just really ready to get in the ring and have my hand raised.

“We’ve tweaked what we had to in order to prepare for Plant.

“Caleb was boxing well in the early rounds against Canelo Alvarez, but then he got on his horse and ran for the rest of it. He was getting on his horse and moving. That’s what I saw,” said Dirrell. 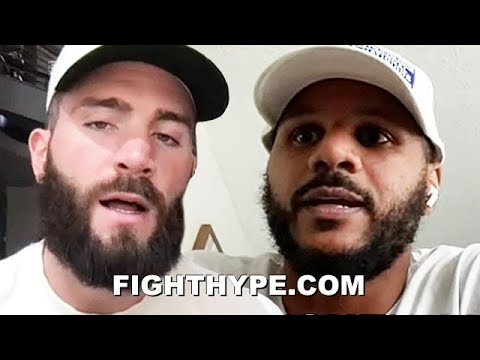