On September 10th of this year, Bell fought former NFL MVP Adrian Anderson in an exhibition bout, stopping him in the fifth round. He said, “As soon as Most Valuable Promotions approached me about joining the Paul-Silva pay-per-view, I told them, ‘I want in,’ and didn’t care who the opponent was.’ He added, “Uriah Hall is going to feel my punching power and tap out like he’s getting submitted. He is not built like me.”

Hall made his pro debut in 2005. A Ring of Combat middleweight champion, Hall competed in the 2013 season of The Ultimate Fighter. Making it to the finals, Hall lost against Kelvin Gastelum. Following the fight, he went 10-8 in the UFC.

I remember Ed “Too Tall” Jones from the Dallas Cowboys going 6-0 with 5 knockouts turning pro in November of 1979, defeating Abraham Meneses, 5-6, in his only non-knockout fight. I was at a PPV show in Philadelphia trying to view it on a screen, and Jones at 6:11 was standing next to me, and I didn’t know how to say, “excuse me!”

Lee “The Italian Stallion” Canalito was a defensive player for the University of Houston, turning pro in January of 1977 and, in his fourth fight defeating Greg Sorrentino, 7-1-1 in May. He would go on to win 21 straight, with 19 by knockout, ending in September of 1987, knocking out Mike Jones, 4-1, in Houston.

One of the more successful was Charley Powell, who came out of high school at 19 and joined the San Francisco 49er’s as a defensive end. In March of 1953, he made his debut ending in a draw, going on to win his next 11 fights. He was then stopped by Charley “The Bayonne Bomber” Norkus, 24-12, in San Francisco in October of 1954. In December of 1958, in a long-awaited rematch, Powell defeated Norkus, 32-18, in San Diego.

In Powell’s next fight, he won his biggest fight stopping former world contender Cuban Nino Valdez, 46-15-3, in Miami Beach. In January of 1963, Powell was stopped by Muhammad Ali, 16-0, in Pittsburgh. In December of 1964, he lost to another world champion in Floyd Patterson, 40-4, in San Juan, Puerto Rico. He ended up with a record of 25-11-3 with 17 knockouts.

New York Jets defensive linebacker Mark Gastineau in 1983 was the Defensive Player of the Year. He played 10 years for the Jets. In June of 1991, he started his boxing career, knocking out Derrick Dukes, also making his debut in Salem, VA.

Gastineau would win his first 9 bouts by knockout before losing to Tim Anderson, 25-15-1, in June of 1992 in San Francisco. In December, in a rematch, he knocked out Anderson in 6 rounds in Oklahoma City, OK. In his final bout, he lost to another former pro football player Alonzo Highsmith, 15-0-1, in Tokyo, Japan. His final record was 15-2, with 15 knockouts in November of 1996.

Speaking of Highsmith, he played 6 seasons for 3 teams, Houston Oilers, Dallas Cowboys, and Tampa Bay Buccaneers. In February of 1995, he turned pro. He defeated Marcos Gonzalez, 14-2-1, in Houston, Texas. He would go on to win his first 9 fights before in March of 1996 against Jim Mullen, 7-4-1, due to a clash of heads ending in a technical draw in the first round.

Highsmith would go on to win his next 6 fights by knockout when he stopped Gastineau. He would go on to win 17 straight before losing to Terry Verners, 7-20-2, which would be his only career loss. He ended his career in his next fight drawing with Reggie Miller, 27-15, in New York, in December of 1998. His final record was 27-1-2 with 23 knockouts. 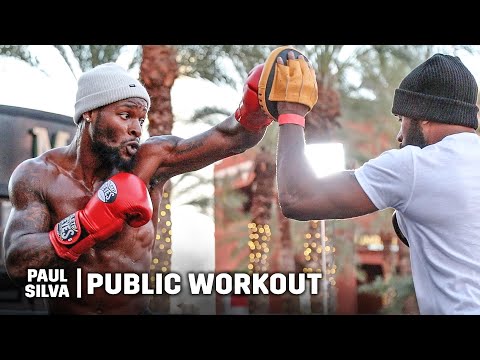 Will Devin Haney vacate his belts & not give Lomachenko a chance to take them? »