Adrien Broner on what to expect from him: “Fireworks”

By Adam Baskin: Adrien Broner is excited about signing a new three-fight deal with BLK Prime, which is rumored to be $12 million for 12 months.

Broner (34-4-1, 24 KOs) says boxing fans can expect to see “fireworks” from him moving forward as he attempts to reinvent himself and resurrect his plummeting 14-year career.

If Broner is serious about there being “Fireworks” in his fights, he needs to diet down to 130 to return to the super featherweight division. That was easily the best weight class for him.

On Tuesday, Broner informed his fans on Instagram that he’d signed a massive eight-figure, three-fight, 12-month deal with BLK Prime. He didn’t say who he’ll be facing or when he’ll be fighting.

If BLK Prime wants Broner to take on the best, he should work with trainer Malik Scott to help him get his weight down so that he can fight at super featherweight again.

Scott recently helped get Deontay Wilder’s weight down from 238 to 214 for his return fight against Robert Helenius, and he was dynamite.

For the 33-year-old Broner to be given that kind of deal near the end of his career is unbelievable because even elite-level fighters in their primes aren’t making that kind of money.

It’s believed that management at BLK Prime chose Broner because he’s a recognizable name, and he’s excellent at building interest in his fights with his trash-talking.

However, he’s only fought three times in the last five years, and it’s questionable whether he can still bring in the fans like he used to.

His popularity has been hurt due to his lack of wins over notable opposition and the way he’s looked in losses to Manny Pacquiao and Mikey Garcia.

“It was on the decline, but we going back up now,” said a happy-looking Adrien Broner to Blue Blood Sports TV when asked about his thoughts on the sport of boxing.

“Me and my boy Des [CEO of BLK Prime] are going to take this s**t to another level. BLK, that’s all we got. It’s either be with us or lay down. I got a lot of love for guys in boxing, but right now, for me, I got to focus on Adrien Broner,” said Broner when asked about his thoughts on Ryan Garcia potentially fighting Gervonta ‘Tank’ Davis.

“I’ve been in this game for a long time, and a lot of these guys, I’ve watched them grow up. I seen them when they were just babies. At my peak, they were all just looking up to me.

“Now, they’re starting to get stardom and starting to do good. I’m still the OG, and they come to me when they need to talk. I’m always here, but right now, I’m focused on my career and doing what’s best for Adrien.

“Fireworks, every day is going to be Independence day,” said Broner when asked what to expect from him in his career now. “Y’all going to see. I’ll see y’all next year. BLK Prime, yes, sir. I’m about billions. Adrien Broner, let’s do it,” said Broner.

“I like Linares; that’s a good match-up,” said Mikey Garcia to ESNEWS when asked who Adrien Broner should fight as part of his three-fight contract with BLK Prime.

“Then after that fight, maybe fight [Sergey] Lipinets. The third one, go after one of the big dogs there [at 147] against Vergil [Ortiz Jr]. That’s a good fight with Vergil.

“Didn’t that f**** get suspended or something?” said Mikey when asked about his thoughts on a fight between Broner and Conor Benn. “Until he clears that s**t up, he’s suspended,” said Mikey about Conor Benn’s positive drug test for a banned PED. 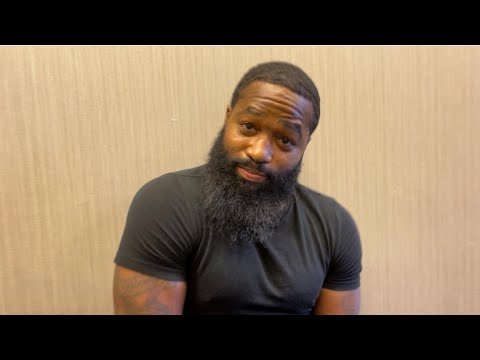 
« Gervonta Davis vs. Ryan Garcia: The problems keeping fight from getting done”