By Jeff Calfa: Beltless Shakur Stevenson will be facing Robson Conceicao tonight in the main event on ESPN at the Prudential Center in Newark, New Jersey.

On Thursday, Stevenson (18-0, 9 KOs) missed weight by coming in at 131.6 lbs at the weigh-in, which cost him his WBC & WBO super featherweight titles.

Many boxing fans believe Stevenson never intended on making weight, as he’d planned on moving up to 135 after the fight anyway. With Conceicao’s size advantage and toughness, some feel that Stevenson wanted to make sure he didn’t boil down to make the 130-lb limit.

The Brazilian Conceicao defeated Vasyl Lomachenko in the amateur ranks, which shows how talented he is. In 2016, Conceicao captured an Olympic gold medalist.

As a pro, the only defeat on Conceicao’s record is a controversial 12 round decision against Oscar Valdez last September. Conceicao felt he won the fight, as do many other people.

If Stevenson loses tonight, a rematch with Conceicao is very likely, and that’ll delay his move up to 135.

“I’m getting older and wiser now. What if I go there and find out they’re not that tough, and then I fight Lomachenko, and he gives me all he’ll break loose fight. You never know who your toughest opponent is until you get in the ring with them.

“Anyone that can go to the Olympic games and win an Olympic gold medalist, that’s one of the hardest things to do in life. You got to respect him. I’m not looking past him.

“I know he’s a great fighter, and he’s got great things that he do. He’s going against me, and I’m going to beat him up.

“I think me and Lomachenko should be pay-per-view. That’s a big, big fight; especially, I’m going to turn up and sell it.  But we can’t overlook Conceicao. I’m going to make sure I sell that fight.

“I’m a superstar. I’m so confident the world is falling in love with me of becoming a big superstar in the sport of boxing. I’m just waiting and letting everything handle itself. 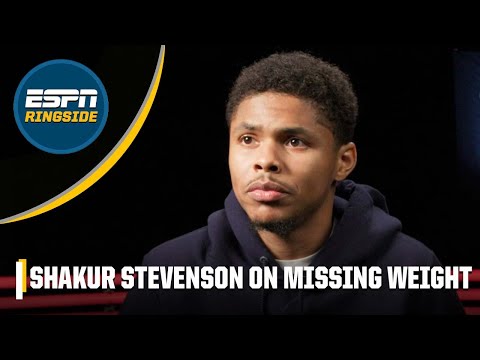 What time is Joyce v Parker this Saturday? »