By Sean Jones: Sergio Mora is predicting a stoppage victory for Canelo Alvarez tonight against Gennadiy Golovkin at the T-Mobile Arena in Las Vegas.

Mora is picking the 32-year-old Canelo based on his youth, and he sees him as the “fresher” fighter of the two despite his 17 years in the pro ranks.

Canelo looked a lot older than his chronological age in his last fight against Dmitry Bivol. The Mexican star fought like a poorly trained 38-year-old who had no ability to adapt whatsoever.

That fight showed that Canelo has some accelerated aging going on, which has been well disguised due to him taking it easy fighting mostly weak competition from Europe in the last four years.

Canelo was able to hide his aging by beating these paper champions:

When Canelo finally got in there with a fighter that could actually fight in WBA light heavyweight champion Dmitry Bivol, his aging was exposed.

Assuming Mora is right about his prediction, it would signal the end of Canelo’s five-year rivalry with the 40-year-old Golovkin, as that would technically put him up 2-0-1.

Some would say that a victory for Canelo tonight would even it up at 1-1-1, as many boxing fans saw the first fight as a victory for Golovkin and the second contest a draw.

What Canelo and his team are counting on is Golovkin performing as he did in his fights against Ryota Murata and Sergiy Derevyanchenko. Golovkin looked bad in both of those contests and showed his age.

On the flip side, Canelo looked far worse in his last fight against Dmitry Bivol, losing by a 12 round unanimous decision that was scored 115-113 x 3 by the three judges.

The scoring for the fight was almost as bad as the first Canelo-Golovkin fight, as Canelo was outclassed by Bivol and deserved to win just two rounds.

If that version of Canelo shows up tonight, Golovkin has an excellent chance of winning, even if he is well past his prime.

Golovkin would only need to average 35 punches thrown per round to outwork Canelo dramatically, but that’s assuming he’s not getting hurt to the body as had was against Murata and Derevyanchenko.

“I don’t think it reaches the final bell. We’re going to get a knockout,” said Sergio Mora to DAZN News. “A Canelo knockout will happen, and it will signal a sweet ending to a bitter rivalry.

“Chances are Canelo gets it because he’s the younger, fresher fighter. But he is coming off a loss, so these are all things that Golovkin, who is coming off a couple of good wins.

“He’s only lost to Canelo in disputed fights. But he has been hurt to the body in his last two fights, and it is something Canelo is going to make a point of emphasis,” said Mora.

“Canelo Alvarez and Gennadiy Golovkin have the most granite chins. You just saw a couple of feints to the body and winces when [Ryota] Murata was battering that body [of Golovkin in Japan],” said Eddie Hearn to the DAZN Boxing Show.

“Again, he [Golovkin] was at 160, and I don’t think he could have mentally prepared himself for that fight the way he has for this,” Hearn continued.

“On the stage [during Friday’s weigh-in, he [Golovkin] had to wait five minutes for Canelo Alvarez to come there, but he’s still cool, and he just goes, ‘I understand.’ You saw his little line there, ‘You know who the champion is.’

“It’s still burning inside him, and he’ll take that fire with him tomorrow night at the T-Mobile,” said hearn about Golovkin. 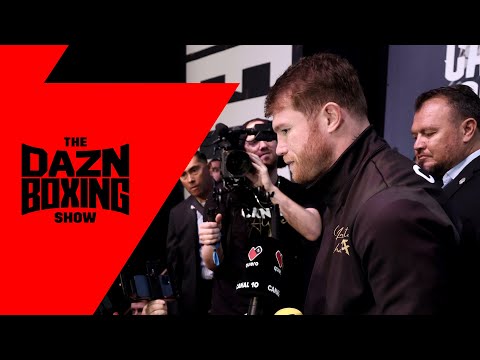 
« Canelo on Golovkin: “I hate the guy so much”