Fundora (19-0-1, 13 KOs) is keeping busy while he waits for a world title shot against undisputed 154-lb champion Jermell Charlo.

That’s the fight that the 24-year-old Fundora would much prefer to have, but with Charlo fighting only once a year, he’s got to wait likely until 2024 before he gets his shot. Charlo will be defending against his WBO mandatory Tim Tszyu in 2023, so that will likely be Jermell’s only fight next year.

Ocampo (34-1, 22 KOs) was knocked out in the first round by Spence in 2018. Since that fight, Ocampo has won his last eleven contests against lower-level opposition.

The lanky 6’6″ Fundora is coming off an impressive ninth round stoppage of Erickson Lubin last April.

“I think I’ve been ready since the last fight. We have to stay busy while the champion [Jermell Charlo] is doing his thing, whatever he’s doing,” said Sebastian Fundora during the kickoff press conference when asked when he thinks he’ll be ready for a world title shot.

“I have to keep taking these hard fights and continue to grow. Carlos Ocampo is another ranked fighter. If we don’t get Charlo in the next fight, then we have to fight another top contender as well and condition to grow.

“My father is Cuban, and my mother is Mexican, but when it comes to the ring, I feel like my Mexican blood comes out. I’m excited to fight another Mexican fighter. Two Mexicans headlining on Showtime. It’s great for Southern California.

“I got hit with a good punch, I took a knee, and I needed to resolve everything again. I got back up, and then the round after that, I came back to my game,” said Fundora about his fight against Erickson Lubin. 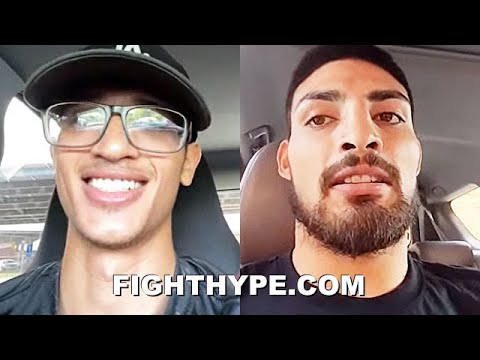