By Vince Dwriter: Back in October 2019, the then WBA Super lightweight champion Regis “Rougarou” Prograis traveled abroad for a unification bout to face the WBC/IBF Super lightweight champion Josh Taylor at the O2 Arena in London. The highly anticipated unification match turned out to be a back-and-forth contest that was very entertaining, but unfortunately for Prograis, he lost the bout by way of majority decision.

Life after the defeat was a bit frustrating for Prograis due to the fact that he wasn’t granted an immediate rematch with Taylor, and it seemed like he was bypassed for every big fight opportunity in his weight class. Since losing the unification bout three years ago, Regis Prograis has reeled off a string of three TKO victories in a row. His most recent win took place in March 2022 at the Duty Free Tennis Stadium in Dubai, when he stopped Tyrone McKenna in the sixth round.

With the victory, most would have assumed Prograis took a step closer to earning an opportunity to avenge his only career loss, but unfortunately, the return match never materialized. A ray of light shined over the 33-year-old in May 2022 when news broke that undisputed 140-pound champion Josh Taylor was stripped of the WBA title. Two months later, the pot increased when Taylor decided to vacate his WBC strap.

Things were looking up for Prograis as it seemed as though he would receive an opportunity to fight for one of the two vacant titles. To the surprise of Prograis, when the final four was announced, his name wasn’t part of the equation. The WBC ordered a fight between Jose Zepeda and Jose Ramirez, and the WBA ordered a bout for their vacant title between Alberto Puello and Batyr Akhmedov. As expected, Regis Prograis was not pleased with the pairings.

“It’s funny to me at this point. Now y’all tell me this. Answer me this, right? How are two f**k*n titles vacant, and I’m not fighting for either one of them? That sh** doesn’t make sense. What the f**k is going on? Like, for real? What is going on? How am I not fighting for either one of them? This sh** is insane. This s*** is not making sense. I’m f**k**… I don’t even know what to say. Somebody fix this, please,” Prograis stated in July in a video that he posted on social media.

The sanctioning organizations didn’t fix it, but Regis Prograis was awarded an opportunity to fight for the WBC strap due to Jose Ramirez withdrawing from the bout because the potential title matchup conflicts with his wedding date. At that point, Ramirez was out, and fight fans were set to witness a clash between Jose Zepeda (35-2, 27 KOs) vs. Regis Prograis (27-1, 23 KOs).

A purse bid for the vacant WBC Super lightweight title fight was ordered, and with an offer of 2.4 million dollars, Marvnation Promotions won the purse bid. The next thing on the agenda was the actual fight date. On September 30, Regis Prograis posted an Instagram video to announce the WBC Super lightweight title fight will take place on November 26 in Los Angeles, California.

NEWS:   Regis Prograis: "I'm better than" Josh Taylor; I want my get back" 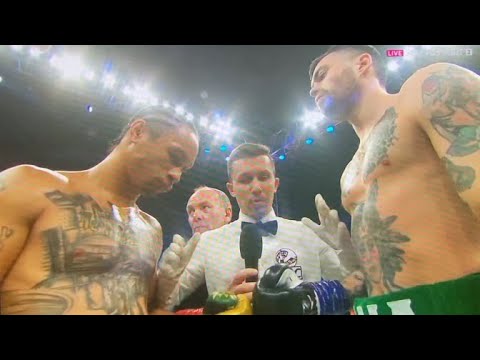