By Chris Williams: Mikey Garcia says he’s leaning in the direction of Terence Crawford to defeat Errol Spence Jr for their fight on November 19th in Las Vegas.

Mikey likes the ability of Crawford to make adjustments on the fly, and he feels that gives him the edge. Still, Mikey overall views the Spence-Crawford fight as a “50-50” affair.

Interestingly, Mikey is picking against Spence, considering that he lost a one-sided 12 round unanimous decision against him in March 2019.

Spence won virtually every round of the fight while fighting Mikey’s game by boxing him rather than using his size & power to score a quick knockout.

According to Mike Coppinger, there are still a few things that need to be taken care of before it gets to the contract stage. It would be a huge letdown for fans if the Spence vs. Crawford fight fails to take place, as people are looking forward to this one.

“I think that’s going to be a great match-up. It’s 50-50,” said Mikey Garcia to Fighthype about the Errol Spence Jr. vs. Terence Crawford fight on November 19th.

“If I had to pick a side for at least what it is right now, I’m going to lean towards Crawford,” Mikey continued. “I think he might be able to make adjustments on the spot, on the fly a little bit better, but not by a lot.

“Spence manages the distance really well and is able to control the distance with short little movements. It’s a tough one to call, but I’m thinking Crawford, maybe.

“It depends on who’s fighting him and his skill set,” said Mikey when asked what advice he could give to a fighter facing Spence. “The best advice is to get in good shape, the best shape possible. Train hard and be in shape.

“Everybody has the power at that point. They’re at the highest level. The only difference is, they’re [Crawford and Spence] are too smart to knock each other out. I think it’s going to be a very technical fight.

“All it takes is one punch, and he [Spence] never landed that one punch that could have hurt me. He could land that against anybody else. That’s what makes a difference. Honestly, I see it as a 50-50 fight.

“When I say I’m going to lean a little bit towards Crawford, it’s just an instinct, maybe. It’s not where I can pinpoint why. It’s a close fight,” said Mikey.

“The fight is targeted for November 19th in Las Vegas, but there’s no deal yet. Even though they agreed to all the big terms, there are still a few issues in the contract that they’re trying to fix,” said Mike Coppinger to Pro Boxing Fans about the Spence vs. Crawford fight. 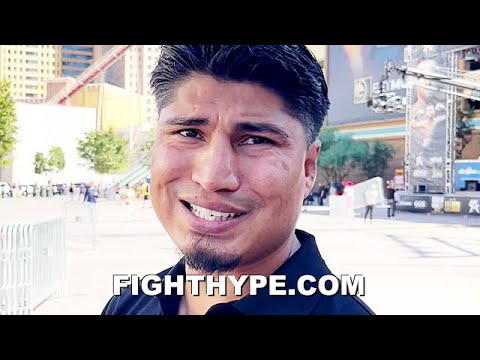 
« Gennady’s Golovkin’s message to Canelo: “You know who the real champion”