By Dan Ambrose: Eddie Hearn lashed out at David Benavidez & Jermall Charlo today when told that the fans would prefer to see Canelo Alvarez fight them than 40-year-old Gennadiy Golovkin at this point.

Golovkin is a good fighter, but he’s not viewed as having much of a chance of beating Canelo. Fans would prefer to see Charlo and Benavidez fight Canelo because they think they would have an excellent shot at winning.

Hearn didn’t seem to like being told the truth, so instead of accepting what the boxing public’s preference for Canelo, he opted to take a shot at the resumes of Benavidez (26-0, 23 KOs) and Charlo (32-0, 22 KOs).

Granted, Benavidez and Charlo haven’t fought all the big names that Canelo has during his long 17-year professional career, but they haven’t had the advantage in popularity out of the gate that the Mexican star had to allow them to fight the same type of opposition.

Some would argue that Canelo had the gimmick of red hair along with talent that helped his career early on. Canelo had the ability, but he was never unbeatable, as we saw in his fights with Floyd Mayweather Jr, Austin Trout, Erislandy Lara, Gennadiy Golovkin x 2, and Dmitry Bivol.

“All we wanted was to see [Jermall] Charlo fight Gennadiy Golovkin, and they wouldn’t do that either,” said Eddie Hearn to Fight Hub TV when told that boxing fans would prefer to see Canelo Alvarez fight Jermall Charlo and David Benavidez rather than Gennadiy Golovkin.

“These guys, Charlo, Benavidez, they’re fighting absolutely nobody. How can you criticize the resume of Canelo Alvarez and not criticize Charlo and Benavidez?” Hearn continued.

“Their resumes are jokes, and I don’t even think Benavidez wants a joke resume. Charlo, I don’t know, but I don’t think he’s pushing. Something is not right with these guys standing up and saying, ‘Give me this.’

“Benavidez, I think he’s a guy that wants the legacy, he wants the big fights, but give them to him.

“Caleb Plant is fighting [Anthony] Dirrell. It’s a good fight, but we want to see Benavidez-Plant and Plant-Charlo. Why not? It’s not my side of the street,” said Hearn when asked why these fights are happening. 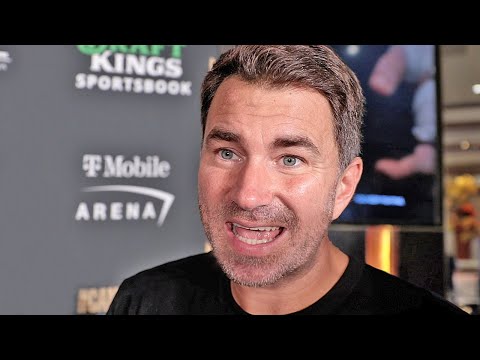 
« Deontay Wilder on Anthony Joshua: ‘They made him”

Canelo Alvarez says his goal is to knock out Gennadiy Golovkin »