By Robert Segal: Isaac ‘Pitbull’ Cruz says he wants the rematch with Gervonta ‘Tank’ Davis because he believes it’s an easy fight to make between them.

Pitbull Cruz says he also wants to shut the mouth of Ryan Garcia as well as his team. Moreover, Cruz, 24, says he’s not a “social media” fighter, which is what many boxing fans believe Ryan Garcia is due to his large following on Instagram and the fact that he’s seemingly avoided the tougher fights.

Pitbull Cruz will be fighting Eduardo Ramirez (27-2-3, 12 KOs) in a 12 round fight in the co-feature bout this Sunday, September 4th, on the undercard of Andy Ruiz Jr vs. Luis Ortiz on FOX Sports PPV at the Crypto Arena in Los Angeles.

“I’m more than just a regular [fighter]. I’m an actual fighter, not a social media fighter. I’m here to shut Ryan’s mouth and his team up as well,” said Isaac ‘Pitbull’ Cruz to Fight Hub TV about Ryan Garcia.

“What bothers them [Golden Boy] is they found a Mexican fighter [Pitbull Cruz] that is better than their fighter [Ryan Garcia]. When they saw the marketing was going some other way, now it’s focusing on me, that’s challenged them to just talk and not do the walk,” Cruz said.

“I would like to take advantage of that opportunity if it presents, and it’s a great fight,” said Cruz when asked if he’d be interested in fighting undisputed lightweight champion Devin Haney. “I’m ready for all the bigger names.

“I would put more pressure and do a better job on our part to get the knockout in that fight [with Haney]. I would do a different plan than Kambosos. He actually thought it was going to be easy. I would do a better planning to be a better fighter,” said Cruz.

“Yeah, I’m actually ready and ready for any of the big names,” said Cruz when asked if he wants the rematch with Gervonta Davis. “I’ve been working my whole life to be ready for all these opportunities Bring it on.

“Against all these other fighters, it wouldn’t be as easy as it would be against Tank. That’s why I’m considering that as an option. I’m ready for everything and anything,” said Pitbull Cruz when asked why he wants to fight Tank Davis again. 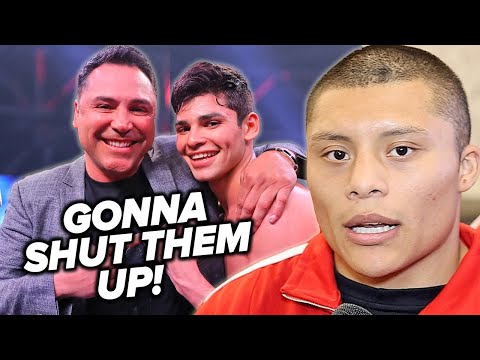