Golovkin not retiring after loss to Canelo, wants to return to 160

By Brian Webber: Gennadiy Golovkin has confirmed that he’s not retiring following his 12 round unanimous decision loss to Canelo Alvarez last Saturday night.

Golovkin (42-2-1, 37 KOs) says depending on what kind of offers he receives for a fight at 168, he could stay there or, more likely, return to 160 to defend his three world titles in that weight class.

Whatever Golovkin does, he’ll need to choose his opponents carefully because he doesn’t look like he has much left in the tank after seventeen years as a professional.

Was Golovkin cashing out?

Golovkin showed last night against Canelo that he doesn’t make adjustments on the fly the way quality fighters need to do when facing A or B-level opposition.

It literally took Golovkin seven rounds before he finally changed game plans and become a little more aggressive against Canelo. Even then, Golovkin wasn’t attacking Canelo in the way he needed to for him to win rounds conclusively.

For the most part, Golovkin stayed on the outside, jabbing Canelo throughout the contest and not taking chances of getting hit.

Fighting like that was a recipe for losing because you don’t beat a popular fighter like Canelo by jabbing him.

Golovkin should have known that after two fights with the Mexican star, but perhaps his intention wasn’t to win but rather to survive the 12 rounds. That’s what it looked like to many boxing fans.

After the contest, Golovkin surprisingly boasted about not taking punishment and having a clean face without any markings.

True, Golovkin wasn’t all beat up like he’d been in the first two fights with Canelo, but he’d also not done nearly enough to win the fight.

The question is, how can Golovkin be proud about not taking punishment when he lost the fight by not being aggressive enough?

That suggests that Golovkin was there just to survive and that he wasn’t trying to win. It goes along with what many boxing fans have about GGG, that he was cashing out and not willing to put in the effort to try and win.

“I’m 40 years old, and I’m probably wiser than when I was 36. We all understand the rules of the game. We look at that from a reasonable standpoint. So the judges ruled in Canelo’s decision, and he was the winner of this fight,” said Golovkin when asked if he thought he’d won.

“There was a plan to bring Canelo closer, to let him open up so I could try to do what I wanted to do,”  Golovkin continued. “Maybe it was too late in the game to actually happen.”

You got to imagine that Golovkin’s trainer Johnathon Banks was livid about GGG taking his time before finally changing game plans.

Banks looked very animated in Golovkin’s corner as early as the fourth round, and you could tell he was trying to light a fire under him. You could tell that Banks wanted Golovkin to go on the attack, but he wouldn’t do it.

“At the same time, I didn’t miss any strong punches,” said Golovkin, bragging about not getting hit by Canelo. “You can look at my face; it’s all clean. I look fresh. It’s probably that I started late, that I didn’t have enough time to fulfill my game plan.”

Yeah, Golovkin’s face was clean after the fight, but he gave the fight by being too passive. When a fighter like Golovkin decides to play it safe, it means they’ve accepted that loss. Sadly, Golovkin wasn’t willing to go the extra mile.

“Indeed, I still have the fire burning within me. I have a passion for boxing. Don’t forget; I have three belts at 160,” said Golovkin. “I feel great. I did not allow any serious shots, and I’m not tired; I’m fresh. I feel the strength, and I feel the power within me. Of course, if an opportunity comes, I will be looking to continue to the ring.

“It depends on what offers I have [to fight at 168]. I have three belts at 160, so I have certain obligations in connection with that,” said Golovkin. 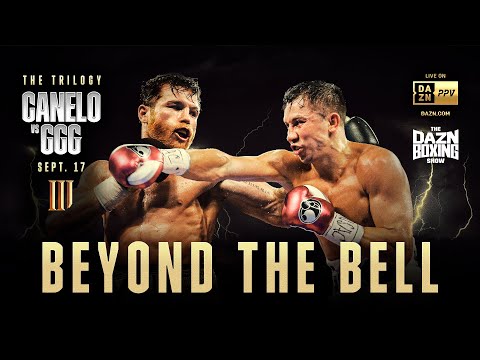