By Dan Ambrose: Gervonta ‘Tank’ Davis gave his side of what went down with his confrontation with Ryan Garcia in a nightclub. Davis says he was told to leave Ryan alone by Al Haymon after he complained to his lawyer.

Earlier today, Ryan (23-0, 19 KOs) said Tank Davis had grabbed his chain when he walked up on him at a club.

The look on Ryan’s face when he was retelling the story appeared choked with emotion, and some boxing fans felt he was on the verge of tears.

You could tell that it bothered Ryan greatly that Tank had grabbed his chain. It’s unclear why Ryan didn’t escalate things at that point, as under those circumstances, it would make sense if he had. It’s difficult to know what kind of reaction he’d expected from Tank Davis when he walked up on him at the club.

Given the bad blood between them, it would be foolhardy on Ryan’s part to expect Gervonta to welcome him with open arms. With all the stuff that Ryan had been saying about Tank in the media, it’s a surprise that the only thing he did was grab his chain. It could have been far worse. 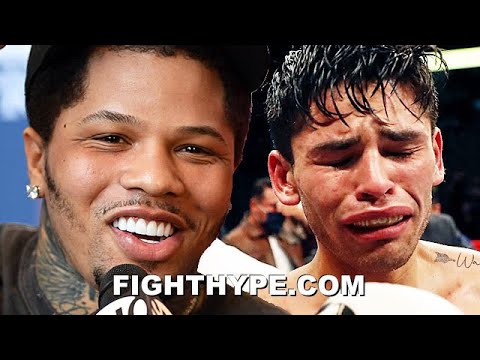 “Al [Haymon] told me to leave him be because he went crying to his lawyer. Al got a little scared because they was going to pull out of the fight,” said Gervonta ‘Tank’ Davis on social media, reacting to his confrontation with Ryan Garcia at a club.

It’s unknown if Ryan and Gerconta will fight this year or at some point in the future. Boxing fans are already tired of waiting for this fight, and many of them have already given up on it.

If Ryan Garcia fought some quality guys like Haney, Lomachenko, Isaac Cruz, Shakur, or Keyshawn, it would help create interest in a fight between him and Gervonta. We haven’t seen that from Ryan, and it doesn’t look like he’s going ever to fight those types of opposition.

If Ryan wants the Tank Davis fight, he needs to start fighting better opposition to show that he’s for real and not just a social media fighter.