By Mohamed Horomtallah: Isaac “Pitbull” Cruz is not a patriot. He doesn’t represent Mexico. His recent knockout victory against fellow Mexican Eduardo Ramirez should be dismissed and considered as a betrayal. Plain and simple.

A Mexican fighter should not fight other Mexican fighters. Since Isaac Cruz apparently did not get the memo, he should have a sit down with Canelo Alvarez as soon as possible to learn how a true patriot should act.

The Mexican superstar was firm and felt justified when he said that he represented Mexico and, therefore, would not face another Mexican.

Canelo wants us to believe that he’s doing it out of respect for his country. I beg to differ.

Respect in the sport of boxing was given to Mexico by its historic warriors and their legendary rivalries.

Who can forget the epic battles between Marco Antonio Barrera vs. Erik Morales and Israel Vasquez vs. Rafael Marquez or, if we go further down memory lane, Carlos  Zarate vs. Alfonso Zamora?

Those warriors brought glory to Mexican boxing by facing each other.

Canelo made a huge (dare I say stupid?) mistake, and even if the mainstream media, also known as old media, didn’t call him on it either because of personal agenda or out of fear of losing access, we, the fans know what’s really taking place.

Canelo, for reasons only known to him, thought that he had found a clever, airtight excuse to avoid dangerous fighters. It doesn’t take a rocket scientist to figure it out.

It’s not uncommon for marketable fighters to avoid though opponents, but they usually come up with something along the lines of « he’s not a big name » or « he doesn’t bring anything to the table », etc.

In Canelo’s case, he’s trying to avoid to types of fighters that he sees as a threat to his status.

The patriotism excuse comes in handy when the likes of Gilberto ‘Zurdo’ Ramirez and especially David Benavidez are standing in his way. Why face aggressive, powerful come forwards fellow Mexican boxers?

Then you have the slick, highly skilled boxers that he labels as « horrible fighters » such as Demetrius Andrade and now Dmitry Bivol.

Canelo has a right to not take certain fights, but he should at least have the decency to not insult our intelligence.

Pitbull Cruz does represent Mexico just fine, and he’s open to taking on tough challenges just like Mexican greats before him, starting with Canelo’s former promoter, Oscar De La Hoya, who fought every big name and every style throughout the course of his career.

As for Canelo, the walls are closing in: he needs a big name in his next two fights after Golovkin to stay relevant. 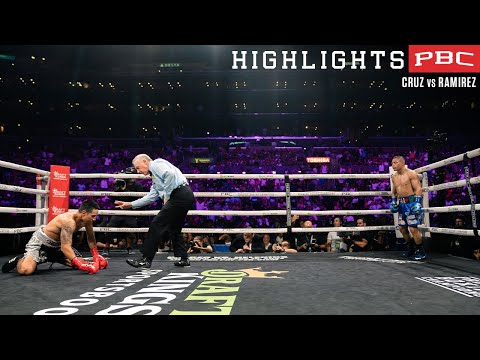