By Adam Baskin: Canelo Alvarez feels he’s “more dangerous” after losing to Dmitry Bivol last May and will use the things he’s learned from that fight to defeat Gennadiy Golovkin on Saturday.

As long as the 40-year-old Golovkin (42-1-1, 37 KOs) doesn’t throw combinations and does a poor job of blocking Canelo’s punches, as was the case in the first two fights, then the Mexican star should win

Canelo doesn’t go into detail about why he lost to WBA 175-lb champion Bivol other than to point out that he got “tired” during the fight.

No one would disagree with Canelo on that point, seeing that he did look fatigued from the third round.

Bivol expertly blocked virtually every punch Canelo threw and would fire back always with three & five-punch combinations that appeared to drain the Mexican star’s energy.

The pro-Canelo crowd cheered for every punch he threw despite them being blocked on the arms & gloves of Bivol.

Moreover, Bivol set a fast pace with the pressure that he put on Canelo in every round, not letting him rest. When Canelo did try and rest on the ropes, Bivol riddled him with combinations to the head. The shots were not blocked by Canelo, and it looked bad.

“I learned a lot from that defeat, and you always you learn from win and lose too,” said Canelo Alvarez to Secondsout about his loss to Dmitry Bivol.

The way Canelo looked, it’s doubtful that he can make the needed changes to his game to improve from what he learned from his loss to Bivol.

Fortunately for Canelo, he’s not fighting Bivol on Saturday, so he won’t need to worry about getting machine-gunned by his combinations. Golovkin always throws single shots, so Canelo should have no problems dealing with his one-dimensional offense.

“What I need to tell you is I’m more dangerous than ever, and I’m ready to come back. I watched it two times or three times, and I just get tired, that’s it. That’s why I lost,” said Canelo about his defeat against WBA light heavyweight champion Bivol last May. 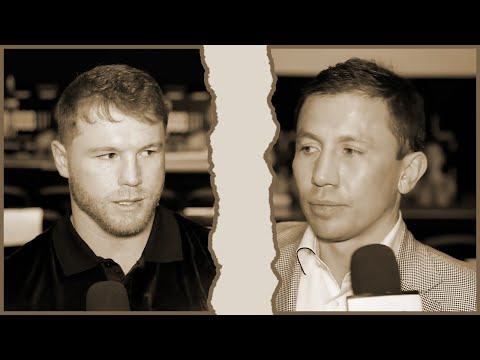 
« Anthony Joshua in the gym training for Tyson Fury fight on Dec.3rd