In the first two rounds, GGG countered with an effective jab against Canelo’s occasional rights landing. In the third and fourth rounds Canelo was landing left hooks marking the face of GGG with red marks.

In the fifth round Canelo continues landing more power punches including overhand rights keeping GGG from countering enough to take the round. In the sixth round GGG controlled the entire round with a power jab keeping Canelo at bay.

In the seventh and eighth rounds GGG continues using the jab but Canelo is countering enough to take the round. In the ninth round GGG seemed to get his second wind having the best round of the fight for him backing up Canelo with power jabs and occasional rights to the chin.

In the tenth round GGG landed a triple jab keeping Canelo from countering him but on few occasions. In the eleventh round GGG is showing he has more left in the tank than Canelo but it may not be enough since losing most of the earlier rounds. In the twelfth and final round Canelo looked exhausted causing clinch after clinch causing Referee Russell Mora to work harder than at any point in the fight but Canelo feeling he has the win but not a good finish for him since the last four rounds. 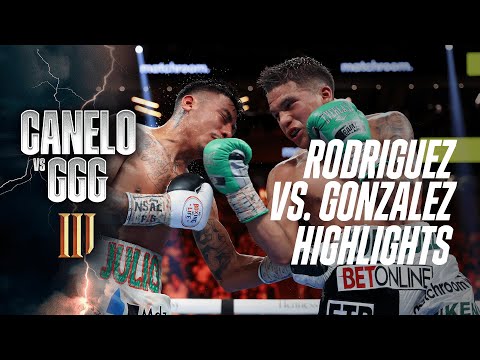 In the first three rounds Rodriguez outworked Gonzalez in the second and third primarily with a solid jab backing up his opponent with an occasional lead left on the chin.

In the eighth round after twenty seconds a clash of heads caused a cut on the left eyebrow of Gonzalez. In the final 20 seconds a low right uppercut from Rodriguez dropped Gonzalez who got time by Referee Kenny Bayless to rest costing Rodriguez a point. In the ninth round Rodriguez going to the body backed Gonzalez up taking the round.

In the tenth round rounds final seconds Rodriguez had Gonzalez pinned against the ropes with a flurry of punches.

In the eleventh round Rodriguez into the championship rounds was out landing Gonzalez though both were throwing punches in bunches until a low blow dropped Gonzalez. In the twelfth and final round for the most part Rodriguez had Gonzalez against the ropes with a solid body attack.

In the first three rounds Akhmedov outworked Rosado causing some swelling on Rosado’s left cheek and above eye. In the fourth round Rosado was coming forward with an occasional jab but getting countered by Akhmedov.

A minute into the fifth round a combination from Akhmedov on the side of the head rocked Rosado. In the final 10 seconds a right from Akhmedov landed on the chin of Rosado in taking another round. In the sixth and seventh rounds Rosado continues to walk into quick handed combinations from Akhmedov with only occasional jabs landed by Rosado.

In the eighth and ninth rounds the 36 year-old Rosado looking every bit of that age losing every round. Akhmedov has an answer for him on every move Rosado makes having the left side of his face swollen. In the tenth and final round Akhmedov continued shutting out Rosado whose career may have come to an end. Referee was Tony Weeks. 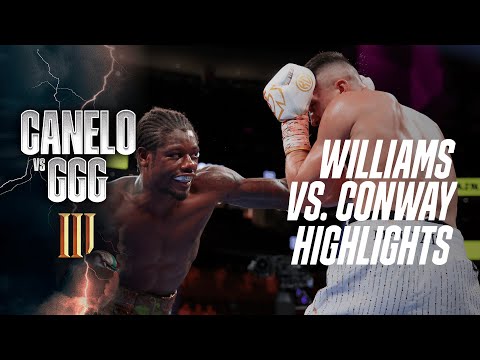 In the first round it wasn’t until a minute remaining Conway landed his first effective punch a body shot. Williams came forward the entire round out working Conway. He rocked Conway with 20 seconds to go with a lead left on the chin getting his attention. In the second and third Conway spent too much time against ropes finally opening up halfway through the third but still out worked by Williams.

In the sixth round it was Conway taking over control with lead rights to the chin of Williams. In the seventh round at the end of the first minute Williams landed a combination to the chin having Conway in a corner and grabbing Williams into a clinch. The rest of the round was another close one. In the eighth round Conway let Williams steal the round in the final seconds driving him into a corner with a combination.

In the ninth round Williams busted up the nose causing blood from Conway. Halfway through a right uppercut from Williams and a left pushing his head down ruled a knockdown by Referee Robert Hoyle. In the tenth and final round it was Williams outworking Conway looking like he’s done enough to take the win.

In the first three rounds there was little contact with the taller Pacheco coming forward not pulling the trigger only landing occasional jabs. In the fourth round Pacheco landed the first solid punch so far a right that made Collazo fall into a clinch.

In the fifth round the 6:04 Pacheco finally went offensive landing rights to the body with a devastating right on the chin of Collazo who went down for the count of Referee Celestino Ruiz.

In the first two rounds Castro controlled the round with an effective jab with occasional left hooks to the chin of Montiel. In the third round Castro continued to control the action with left uppercuts only once getting caught with a right from Mendoza.

In the fourth rounds final seconds a right from Castro on the chin almost dropped Mendoza who had been wearing down. In the fifth round Castro slipping a jab landing a right uppercut on the chin and down went Mendoza and out without a count from Referee Tony Weeks.

In the first round there was plenty of action with the taller by 6” Aponte knocking out the mouthpiece of Molina in final seconds. In the second round Molina was landing rights to the chin until he landed a punch and the bodies clashed and down went Molina for a ruled 8-count from Referee Robert Hoyle near the end of the round.

In the third round Molina coming in low with hands to his side was hit with body shots from Aponte bringing those hands up. In the fourth round halfway point Molina staggered Aponte with a right to the chin almost dropping him with both throwing punches at the same time.

In the fifth round after a minute Molina landed a left uppercut and a pair of rights hurting Aponte. With 20 seconds remaining a right uppercut followed by a left hook by Molina on the chin and down went Aponte for an 8-count by referee Hoyle.

In the sixth round it was close with Aponte coming back well. In the seventh round there was blood from the mouth of Molina when ref called a halt due to loose tape on glove of Molina. When the action continued both had their moments with Aponte having an edge. In the eighth and final round no punching for half a minute then things picked up a bit until final minute when Aponte started moving around the ring giving up the round.

In the first two rounds Herrera out landed McKinley with a strong second round having swelling under both eyes of McKinley. In the third round though having swelling over his left eye Herrera landed many left hooks to the body backing up McKinley.

In the fourth round Herrera landed close to twenty unanswered punches midway through the round. In the fifth round due to a body shot from Herrera and a clash of heads McKinley went down and got a break in the action causing his left close to closing. They will go to the scorecards as ring physician halts contest. Referee was Celestino Ruiz. 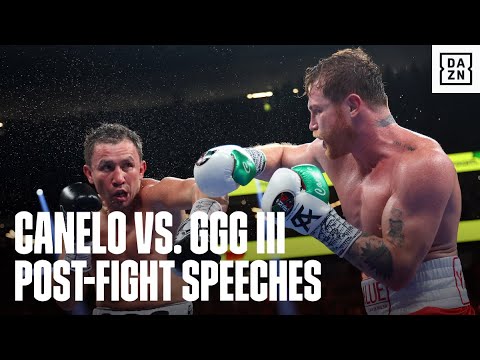