By Robert Segal: Canelo Alvarez showed off a blend of Dmitry Bivol & Floyd Mayweather Jr moves on Monday during his open workout in front of the press in preparation for his September 17th fight against Gennadiy Golovkin.

With the slick moves that Canelo (57-2-2, 39 KOs) displayed, you could see that he’d perfectly replicated the styles of Bivol and Mayweather, making him dangerous for the old-timer Golovkin.

It’s interesting how Canelo can retool his game, learn from his defeats and come back stronger with the tactics that his conquerors used against him.

Watching Canelo work out on Monday, you could see that he’d copied Bivol’s fighting style to the tee. Now, if Canelo can utilize them during the fight against the 40-year-old Golovkin (41-1-1, 37 KOs), this will be a mismatch.

Golovkin is a good fighter, but at his age, he can’t deal with the Bivol-esque style that Canelo Alvarez would use against him. He could see how stiff Golovkin’s legs & movements had become in his last fight against Ryota Murata last April.

Golovkin resembled a mechanical man with how he lumbered around the ring, trying to get to Murata to land his big wind-up power shots. Fortunately for GGG, Murata didn’t have a chin and quickly succumbed after getting clobbered by a big right hand from the Kazakh in the sixth round.

Canelo needs a win over Golovkin to put him on track for his rematch with Bivol next May. He intends on avenging his loss to the unbeaten WBA light heavyweight champion Bivol, but only if the Russian wins his next fight against Gilberto Ramirez on November 5th.

Golovkin isn’t the fight that Canelo wanted to take, as he had planned on fighting Bivol in an immediate rematch after losing to him last May in Las Vegas. However, Canelo was persuaded to take the fight because it was a now or never type of situation.

With Golovkin looking so bad in his last fight against Murata, it was immediately clear that the situation was desperate, and Canelo could not afford to wait to fight him because he would likely lose if he fought someone halfway decent.

The older fans that remembered the two Canelo-Golovkin fights from 2017 and 2018 will be interested in seeing the trilogy in September, but not the younger fans. They want to see Canelo fight Bivol, David Benavidez and Jermall Charlo. 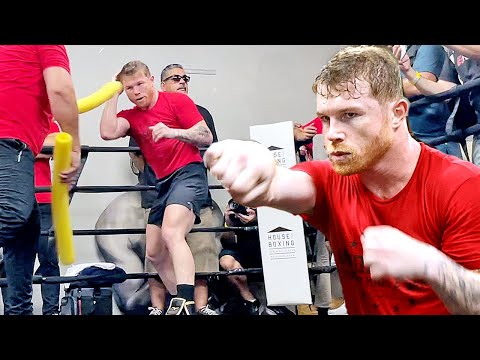