By Craig Daly: Former world champion Barry McGuigan thinks Anthony Joshua has a “great chance” of avenging his loss to Oleksandr Usyk next Saturday, but he feels that in the back of his mind, we’ll see a repeat of what happened to AJ last time.

These are obvious things that any heavyweight would do against Usyk if they had the size advantage that Joshuas possesses.

The problem is Joshua lacks the conditioning and the punch resistance to walk Usyk down without gassing or getting nailed by something that stuns him.

If Usyk hurts Joshua early this time, he will try and finish him. He won’t wait until the 12th round to go for a knockout of AJ.

“I don’t see Joshua winning this fight. I think he’s got something in his head. He’s psychologically not the same fighter,” said former world champion Barry McGuigan to Pro Boxing Fans. “The Ruiz fight sort of exposed his vulnerability.

“If you look at his last fight against Usyk, he [Joshua] was very badly hurt in the previous round in the last 30 seconds and could have [been knocked out] if the fight had another 30 seconds.

“Although Robert Garcia would change his preparation for this one, he’s got to muscle this guy; he’s got to walk him down and stay on him. He’s got to take chances now.

“I know it’s inherently risky walking into guys, but he can do it intelligently.

“Stay on him and keep the pace high. I genuinely think he’s got a great chance. But something in the back of my mind tells me that Usyk does the same thing again,” said McGuigan.

Usyk is amused by Fury saying he’s a blown-up middleweight.

“I want to laugh every time I watch him and listen to him. He told me completely different things to my face, but I am not going to tell you what he told me,” said Oleksandr Usyk to The Sun about Tyson Fury. “I know we are going to be fighting one day.”

It will be surprising if Fury faces Usyk because the signs are there that he wants no part of fighting him for fear of tarnishing his perfect record. 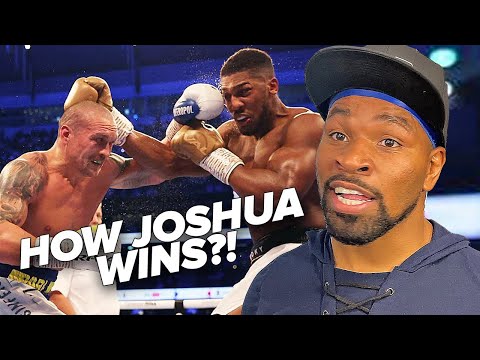 
« Teofimo Lopez fighting next on Dec.10th at MSG

Callum Smith: “Beterbiev will have to fight me” if I beat Mathieu Bauderlique next Saturday »