By Jim Calfa: An undisputed fight is reportedly in the works between heavyweight champions Tyson Fury and Oleksandr Usyk for December 17th in Saudi Arabia.

For the fight to happen for the undisputed, Fury (32-0-1, 23 KOs) will need to beat the WBC’s deadline of this Friday, August 26th. If Fury fails to unretire by that point, his WBC title will be stripped from him and will be fought over by the top contenders. 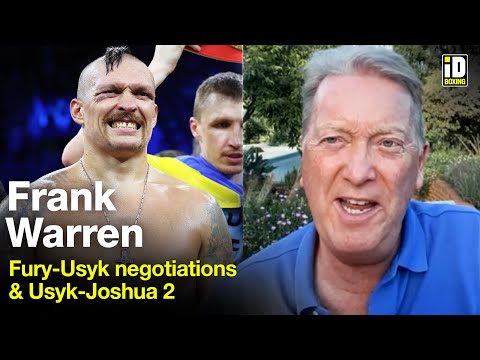 With the Fury vs. Usyk fight potentially taking place in Saudi Arabia, there’s expected to be a huge amount of money for both fighters to scoop up.

Obviously, this isn’t the fight that Fury wanted, as he was hoping that he could face Joshua, but it’s not surprising that Usyk is the guy that he’ll be battling for the four belts.

Usyk (20-0, 13 KOs) is coming off a big win over Anthony Joshua last Saturday night in Jeddah, Saudi Arabia, and he’s saying that Fury is the ONLY fight that he wants. If Usyk fails to get the fight against Fury, he may retire.

“Tyson Fury is set to come out of ‘retirement’ to face Oleksandr Usyk in a mega-money undisputed world heavyweight title fight on December 17 in Saudi Arabia,” said Daily Mail.

Usyk will be a tough fight for Fury, who is no longer the fleet of foot fighter that he once was. With Sugarhill Steward as Fury’s trainer, he’s gained a lot of weight and turned into a traditional mauler.

With that style, Fury needs opponents that will stand directly in front of him and not move, as we saw in his two recent wins over Deontay Wilder.

“We are very interested in the fight for the undisputed heavyweight title. We are looking to do that in the city of Riyadh,” said Prince Mohammad Abdulaziz, the Saudi minister for sport, to the Daily Mail.

‘The fight with Fury is the only one I want. If that doesn’t happen, I may not fight again. But I do believe we are going to fight each other soon,” said Usyk. “That is what I’m dreaming of every day. I’m going to beat his a**.” 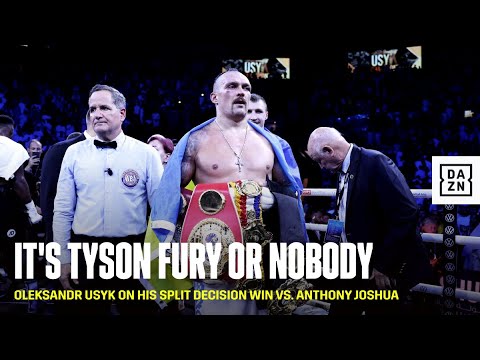 
« Daniel Dubois wants to defend against Dillian Whyte next

Canelo vs. Golovkin III: Alvarez “might be burned out” says Sergio Mora »