By Charles Brun: Tyson Fury took to social media on Monday to urge journeyman Derek Chisora to sign the contract for their trilogy match.

Chisora likely wants to get the kind of money that Dillian Whyte received for his title shot against Fury last April at Wembley Stadium in London. Is Chisora worth being paid $5 million for a fight against Fury?

This writer doesn’t see it as worthwhile to give Chisora a load of dough for a fight that WON’T sell on pay-per-view and likely won’t attract a huge crowd.

Let’s face it. Chisora is shot beyond belief and looks nothing like the fighter that twice lost to Fury in 2011 and 2014. That version of Chisora would destroy the current one, as he’s become very slow and fatigued easily.

It’s a different situation, though, as Chisora has won only once in his last three contests, and he’s not a highly ranked contender as Whyte was when he battled Fury.

The obvious question is whether Fury’s WBC title will be on the line for the fight against Chisora?

With Delboy not rated in the top 15 by any of the four sanctioning bodies, it makes it impossible for Fury to defend his WBC title against him. The governing body won’t sanction the fight due to Chisora being rated so low.

“This one goes out to Derek Chisora. You’re running, Dereck, from the trilogy. You call yourself ‘War,’ but you should call yourself ‘Chicken because you’re running from a trilogy and a career-highest payday. Get the f*** contract signed. Don’t be a s*** house,” said Tyson Fury on social media.

It’s a bad look on Fury’s part if he does choose to go through with the fight against Chisora because it will tarnish him as a future opponent for the Anthony Joshua vs. Oleksandr Usyk winner.

If Fury wants to impress fans with a stay-busy fight, he should take on one of these heavyweights: 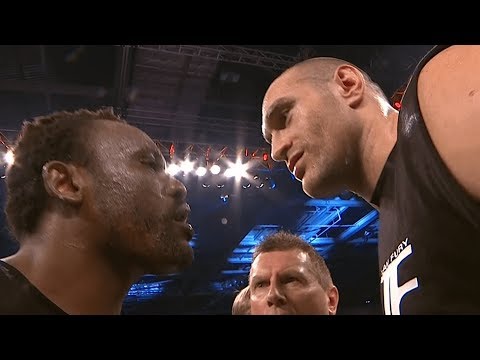