Teofimo Lopez – Who should he fight next at 140?

By Dan Ambrose: Teofimo Lopez has some excellent options for his next fight at 140 after dispatching him in the seventh round last Saturday night in Las Vegas.

Interestingly, Teofimo showed no interest in fighting Arnold Barboza in what could be a great fight if it happened.

Barboza was at ringside last Saturday night, and ESPN crew made sure the boxing fans at home got the chance to see him by putting their camera on him.

Teofimo’s options for his next fight:

“I think the upside for Teofimo at 140 is huge. There are a ton of talented young guys out there. He wants them all,” said Chris Algieri to Top Rank Boxing.

“Guys like [Josh] Taylor, who has actually relinquished some of the belts, but that’s a fight that he’s [Teofimo] been calling for awhile. You have an in-house fighter like [Arnold] Barboza, who’s an undefeated guy coming up.

“Sitting at ringside and has been calling out Teofimo for multiple fights now. You got the winner of [Jose] Zepeda and [Regis] Prograis, which is a great match-up either way.

“There’s a lot of great fights out there for Teofimo at this point.

Other options for Teofimo

“Initially, I was a little worried about the size. Pedro Campa looked very big for the weight class. We knew that coming in, and Teofimo came in light. He was 138 lbs at the weigh-in.

is tiii”He didn’t look like he put on much weight. Even initially, early on, with the big shots that he was landing where we normally see him knocking out lightweights, Campa was walking through them.

“But as Teofimo found his rhythm, found his timing and his flow, he was pretty much unstoppable and really put on an amazing finish. When Teofimo is at his best and has his timing and has that shoulder roll counter defense.

“It’s a thing of beauty. He did some stuff in there that was absolutely gorgeous. He had the right guy in front of him. He was going to come and throw. He was tough and would take shots as long as he could,” said Algieri about Campa. 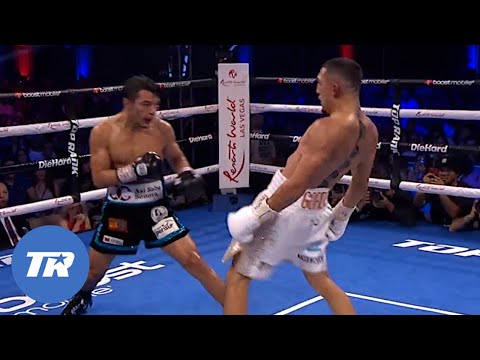