By Sam Volz: Trainer Teofimo Lopez Sr. is predicting that his son Teo to score an early knockout of Pedro Campa in their 10-round headliner this Saturday, August 13th, on ESPN & ESPN+ in Las Vegas.

Top Rank has given former unified lightweight champion Teofimo (16-1, 12 KOs) a serviceable veteran in Campa (34-1-1, 23 KOs) for him to get some rounds in and gauge where he’s at after his esophagus injury last November.

As long as Teofimo, 25, wins in flying colors against the 30-year-old Campa, Top Rank will schedule him to fight a better fighter in his second bout at 140.

Not much is known about the Mexican native Campa, considering he’s fought largely obscure opposition during his career until now. We do know Campa is a volume puncher and, in some ways, as much of a threat to Teofimo as George Kambosos Jr.

“We’re going to see. We’re going to go in there and do what we do. We do best is box,” said Teofimo Lopez Sr to Fighthype when asked what Teo will do against Pedro Campa on Saturday night.

“If the knockout comes, it comes. I predict a knockout. It should be early. You can’t take anything away from Campas. He’s 34-1. The guy is experienced. We got to focus on him like we’re fighting a world champion.

“That’s how we fight. We fight the best fighters in the world. That’s what makes my son great, but this time we’ll be able to box. Stay in range and pick his shots and get him out of there.

“If we can get him out of there soon, it’ll happen soon. If not, the mid-rounds. That’s what I’m calling. We got to put an exclamation point in this fight. We know what happened last time, and we just got to make the best fight. 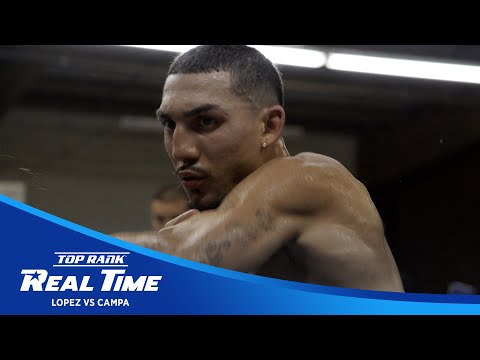 Who Was the Greatest of the Spanish Boxers? »