By Craig Page: James Toney is picking Gennadidy Golovkin to beat Canelo Alvarez in their trilogy fight on September 17th. The boxing great ‘Lights Out’ Toney isn’t saying why he feels Golovkin (42-1-1, 37 KOs) will take the third fight on DAZN PPV, but he does say that he would have knocked with Canelo if he’d fought him during his career.

Toney says that if Canelo (57-2-2, 39 KOs) stood in front of him, trying to dodge punches the way he does, he would have wiped him out quickly.

In other words, Canelo’s Mayweather-esque style of dodging punches with his back against the ropes would have been a disaster for him against a prime Toney.

It’s lucky for Canelo that no one like Toney fought during his era because if he had fought him, he could have been beaten worse than he was by Floyd Mayweather Jr and Dmitry Bivol.

Of course, if Canelo chose to avoid him, which some boxing fans believe he’s been doing with David Benavidez for years, Toney would never get a chance to fight the Mexican star.

“GGG,” said James Toney to ESNEWS when asked who wins between Canelo Alvarez and Gennadiy Golovkin. “Canelo is a good fighter. I’m not hating on the kid.”

To be sure, Golovkin has a remote chance of beating Canelo on September 17th, but he’s going to need to fight a lot better than he’s shown in his recent fights against Ryota Murata, Kamil Szeremeta, and Sergiy Derevyanchenko.

Golovkin was susceptible to body shots in his fights with Murata and Derevyanchenko. You got to believe that Canelo will be focusing exclusively on going downstairs to try and take advantage of Golovkin’s weakness.

Golovkin is 40 years old now, and he hasn’t looked good since his first fight with Canelo in 2017. Even in that fight, Golovkin fought a poor fight by choosing to stay on the outside, jabbing, thinking that he could win a decision against the popular star.

“I would have washed up Canelo in two or three rounds. If you stand in front of me and try those moves? I’m the kind of guy that stands in front of you and makes you miss and counters your a**,” said Toney. 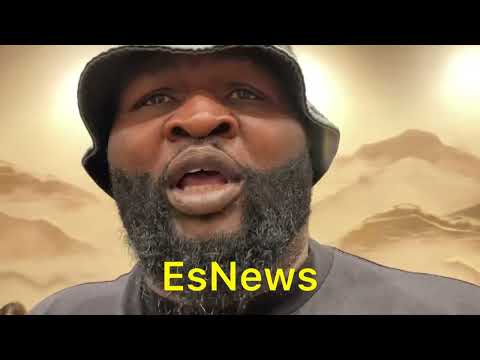