Gennadiy Golovkin must be perfect to defeat Canelo Alvarez

By Sam Volz: Trainer Johnathon Banks believes Gennadiy Golovkin must be perfect for him to come out victorious on September 17th against Canelo Alvarez.

The performances Golovkin put in against Ryota Murata, and Sergiy Derevyanchenko wouldn’t be good enough for him to defeat Canelo.

Golovkin will need to raise his game considerably to avoid being knocked out or badly beaten in a one-sided 12 round decision loss.

The way Golovkin has disappeared in the last four years by rarely fighting and focusing on lesser opposition it’s caused his popularity to deteriorate to the point where the average boxing fan has no interest in seeing Canelo fighting him now.

“Camp is good, and we’re getting a good rhythm of work, which is great, and G [Golovkin] is looking forward to this fight,” said Johnathon Banks to The Fight with Teddy Atlas.

“It’s a little later than people planned it to be, but it’s here, and for some reason, this kid [Golovkin] is really excited about it.”

“When you enter a training camp, you go through a lot of different things, and everything is to prepare for one particular night,” said Banks. “That one night has to be perfect because if you make one mistake in that one night, it just seems like you had the worst camp ever.

“The first thing they say is, ‘What happened in training camp? Why would you make a mistake like that on fight night?’ You have one night to get everything right. Can G come out and give another all-star performance, or will he have to do an all-star performance?

“Will Canelo push him to the point where he needs to bring everything out of his bag that he has in order for him to just survive the fight? According to Canelo, he’s coming to destroy him,” said Banks. 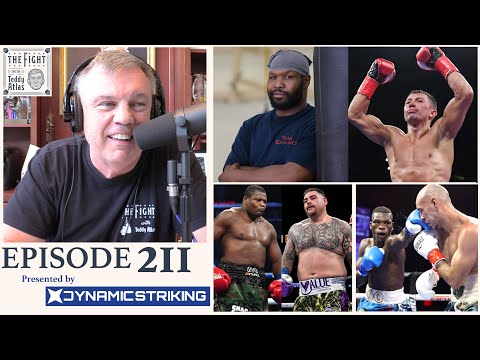