By Charles Brun: Deontay Wilder says Tyson Fury has some stuff going on that will force him to retire from the sport. Wilder says he doesn’t want to reveal what’s happening with Fury’s life that is requiring him to get out of the sport, but with the way he’s talking, the ‘Gypsy King’ did something wrong.

It’s up to the fans to speculate what the issue is with Fury that is forcing him to hang up the gloves, but it’s got to be something serious for him to leave at this time with massive money fights against Anthony Joshua and Oleksandr Usyk available.

Wilder says that once Fury is fully retired, a lot of things will be “up for grabs” in the division. It’ll create opportunities for Deontay and many other heavyweights that otherwise might struggle with the size and mauling tactics of the 6’9″ Fury.

“Yeah, a lot of stuff is going on,” Deontay said when asked if Fury will be retiring due to legal issues. “I’m not even going to get into it, but it’s looking like he’s going to have to.”

It’s too bad Deontay doesn’t want to offer any hints about the problems that Fury has that is forcing him to retire, as there are a lot of boxing fans that would like to know what he did wrong.

Obviously, the British fans will take Fury’s retirement hard because they admire him. For U.S fans, they’ll be less upset because Fury’s style isn’t as entertaining as fighters like Usyk, Joshua, Joe Joyce and Daniel Dubois.

Moreover, Fury’s constant retirement talk has grown tiresome, and he messed Derek Chisora around by getting his hopes up for a fight.

“Once that happens, all things are up for grabs. I can’t give too much information out,” said Wilder about Fury retiring. “I don’t really want to discuss it. It’s going to be a lot of changes in the division, opportunities, and a lot of different things lined up. Stay tuned.

“I’m going with Usyk in this fight [with Anthony Joshua]. I’ve said that after that fight. I’m sticking with my word on this fight,” said Wilder. 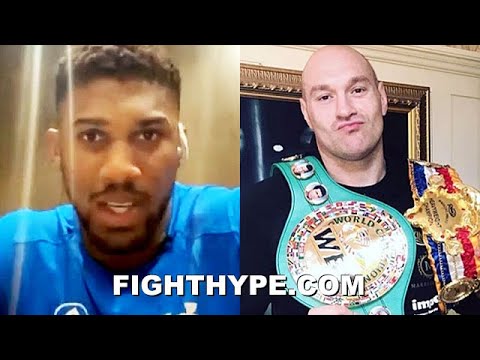