Canelo Alvarez reaffirms Bivol must beat Ramirez to get rematch By Sean Jones: Canelo Alvarez has reaffirmed that Dmitry Bivol must win his fight against Gilberto ‘Zurdo’ Ramirez on November 5th for him to get the rematch in May 2023. The fight will be shown on DAZN.

Bivol, 31, will defend against his WBA mandatory Ramirez at the Etihad Arena in Abu Dhabi, United Arab Emirates. Although Bivol will likely win this fight with flying colors, Canelo is putting pressure on him could make it a more difficult match than it otherwise would be.

WBA light heavyweight champion Bivol (21-0, 10 KOs) will have his belt on the line against the 31-year-old Ramirez (44-0, 30 KOs), who earned the shot by beating Dominic Boesel and Sullivan Barrera.

Oddly, Canelo is setting up a condition for Bivol to meet in order to get the rematch because the Mexican star should be willing to face the talented champion regardless. After all, Bivol totally schooled Canelo last May, outboxing him for 12 rounds and making him look amateurish.

What this tells me is Canelo doesn’t fancy the second fight with Bivol, and is looking for a way to escape getting beaten again. By saying that Bivol must beat Ramirez, Canelo is revealing that he doesn’t want any part of a second fight with him.

“We’ll see. It depends on the results of that fight. We’re going to see if we get a rematch or not,” said Canelo Alvarez to Behind The Gloves, talking about the Dmitry Bivol vs. Gilberto ‘Zurdo’ Ramirez fight on November 5th.

“I don’t care about the title [WBA light heavyweight belt. It’s more about avenging the loss to Bivol]. With Bivol, I took a risk, and I didn’t need to. But I took that kind of risk because I love boxing and I want to make history.

“I know with Bivol, Golovkin, and other fighters, the money is always going to be there. But I love this sport, and I love challenges,” said Canelo.

“The fight with Zurdo has been brewing for some time; many things have been said,” said Bivol. “Now we have the chance to take care of things with our actions in the ring and not our words outside of the ring.”

“I’m happy that the fight is finally happening despite all the challenges,” said Ramirez.  “I would fight Bivol anywhere, including Mars.” 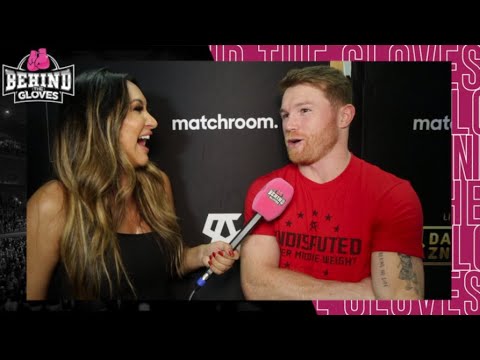