By Craig Daly: Anthony Joshua is already claiming victory ahead of his rematch with Oleksandr Usyk this Saturday night in Jeddah, Saudi Arabia.

Joshua (24-2, 22 KOs) is using the power of positive thinking to motivate him to dethrone IBF/WBA/WBO heavyweight champion Usyk (19-0, 13 KOs) in their main event fight on DAZN PPV.

AJ says he doesn’t want to return to London without his belts, but that may happen unless he elects to stay in Saudi Arabia to hide out from his British fans.

Joshua’s problem is that it doesn’t matter how much psycho-babble he spits out, it’s still a sport, and he can lose again if his ticker, chin & ring IQ aren’t up to par.

“Winner’s mindset, always.  Mentally, just win, refuse to be beaten, and that’s how you mentally approach the fight. Just go in there with a winner’s mindset,” said Anthony Joshua to Sky Sports News.

As long as Joshua can handle suffering another loss without it ruining him entirely, he’ll be able to bounce back from a second defeat against Usyk on Saturday.

It’s not a good sign that the emphasis from Joshua and his new trainer Robert Garcia is to go right after Usyk, hoping to overpower him. That tactic reeks of desperation, and it’s not a sound plan to use against a fighter with Usyk’s skills.

Ideally, Joshua needs to mix boxing with punching and not focus too much on either one. If he can keep Usyk off balance by switching things up, he’s got a good chance of winning.

“The mind’s strong, so I believe all things will come to pass, and I’m claiming victory. So hopefully, it comes into existence August 20,” said Joshua. 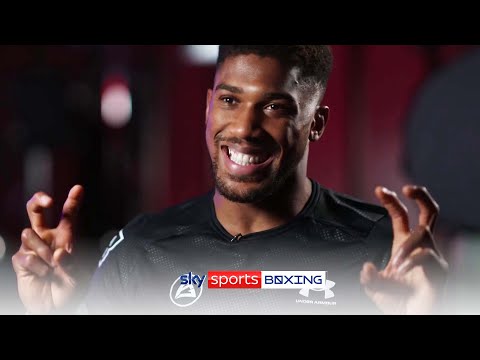