By Craig Daly: Adrien ‘The Problem’ Broner is in need of a win this Saturday night, August 20th, against former lightweight champion Omar Figueroa Jr on Showtime at 9:00 p.m. ET.

Broner (34-4-1, 24 KOs) and Figueroa Jr (28-2-1,19 KOs) will arguably be at the last chance saloon in their main event fight at the Seminole Hard Rock Hotel and Casino in Hollywood, Florida.

Thus far, Showtime has stuck with the former four-division world champion Broner despite his career in freefall since 2012, but it’s unclear whether they’ll continue to televise his fights if he loses to the 32-year-old Figueroa Jr.

As a result, it’s critical that Broner win if he wants to continue to be a headliner act with Showtime.

Broner’s only victories since that fight six years ago are two questionable victories over Jovanie Santiago and Adrian Granados in contests that many boxing fans believe he should have lost.

When Figueroa is firing on all eight cylinders, he has a high work rate and is capable of making it difficult for his opponents. This type of opponent leaves Broner with no choice but to throw more punches if he wants to win.

That’s going to be hard for Broner because he tends to be stingy when it comes to letting his hands go. Like a lot of older fighters, Broner conserves his energy by throwing a minimal amount of shots so as not to gas out.

In the chief support fight, Alberto Puello and Batyr Akhmedov will battle for the recently vacated WBA 140-lb title.

“I’m real excited to be back in the ring,” said Broner. “It’s been a long camp, and I’m ready to fight. It feels great to be back. I’ve been training so hard, and somebody’s got to pay for it.

“The goal right now is to beat Omar Figueroa Jr. Then I’m going to the drawing board from there. There are a lot of big fights that I can make. I’m going to go in there and do what I have to do to get the victory,” said Broner. 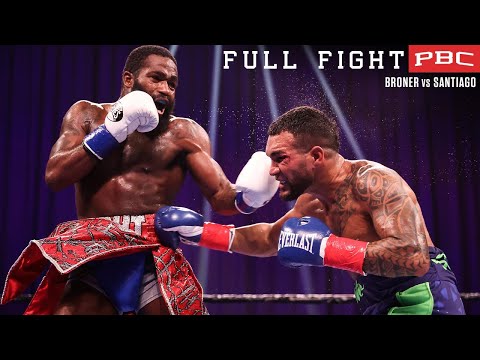