Zolani Tete calls out Murodjon Akhmadaliev after destroying Jason Cunningham: “Bring him to me”

The 34-year-old southpaw Tete dropped Cunningham twice in the fourth round to get the knockout. The first knockdown was from a beautiful laser-like left hand that Tete threw with fantastic speed.

The critical question is whether Tete’s promoter, Frank Warren, can set up a fight with the unbeaten IBF & WBA Akhmadaliev (11-0, 8 KOs).

Akhmadaliev’s promoter Eddie Hearn of Matchroom Boxing, will attempt to line up an undisputed 122-lb clash with WBC/WBO champion Stephen Fulton next.

It’s excellent that Tete wants a world title shot against the talented 2016 Olympic bronze medalist Akhmadaliev. Still, there’s more to gain for him in an undisputed match with WBC/WBO 122-lb champion Fulton.

The hard-hitting Zolani Tete has been out of the loop for the most part since losing his WBO bantamweight title to John Riel Casimero by a third-round knockout in November 2019 in Birmingham, England.

Until last Saturday night’s win over the 32-year-old Cunningham, Tete has fought only once since the defeat against Casimero, beating journeyman Iddi Kayumba last December.

Although Tete is ranked #6 with the WBO, he’s not listed in the top 15 by the IBF or WBA, and those are the titles Akhmadaliev holds.

“Yes, I deserve the world title shot, and I can’t wait for it to happen,” said Zolani Tete to iFL TV following his fourth-round knockout win over Jason Cunningham last Saturday night.

“We’ll sit down as a team and decide what the plan is for the fight because each and every fight we’re taking, we go with the plan of the fight,” said Tete when asked if he believes he’ll get a knockout IBF/WBA 122-lb champion Murodjon Akhmadaliev in the same fashion as he did against Jason Cunningham.

Bring him to me and the same thing will happen.

Whenever you are ready to sleep please let me know champ @AkhmadalievMj. pic.twitter.com/XqMr496y4J

“So, I don’t know what my trainers are planning for the fight, but I believe the goal will be to win the fight. The main aim is to win the fight, and I believe I’ll win once I get the opportunity,” said Tete about his focus on beating IBF & WBA super bantamweight champion Akhmadaliev whichever way possible.

“I think many fighters will be like, ‘Hey, Zolani, this guy is back.’ The fact is, they’ve never lost me. I’ve been there, but since Covid was here, and I lost to [John Riel] Casimero, I couldn’t come over. But I believe now, they know Zolani Tete is back,’ said Tete. 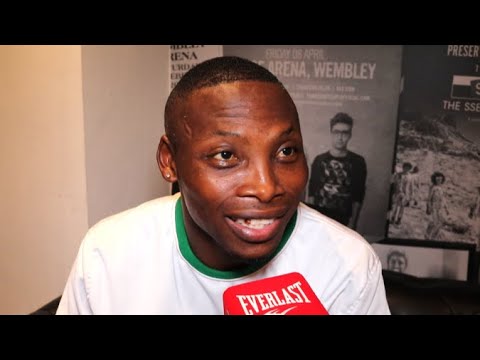