By Jack Tiernan: Sounding like a politician running for office, Tyson Fury told the audience during his Victory Tour last Saturday night that he’s willing to face Anthony Joshua for free at Wembley Stadium in London.

Fury says he wants his fight with Joshua to be free admission and to be shown on non-PPV on television. However, Joshua must beat Oleksandr Usyk on August 20th for a battle with Fury to have any chance of happening, free or not. It’s going to be made pointless when Joshua loses again to Usyk.

In other words, what Fury is asking for is impossible because the promoters and investors that set up huge fights like Joshua vs. Fury will NEVER agree to such an insane idea.

Unfortunately, Joshua will likely lose to Usyk again, and Fury will need to develop a campaign slogan for that fight.

“It’s all about the money, Mr. Businessman; he’s not a fighting man,” said Fury said during his Victory Tour about Joshua. “I swear to God I hope he wins the fight against Usyk so that I can come out of retirement and fight him for free,’ said Fury.

It appears that Fury is in damage control mode in response to the criticism that he’s received by fans after his request for $500 million to come out of retirement to fight the winner of the Joshua vs. Usyk II rematch.

Fury’s request for half a billion to fight the Joshua-Usyk winner has made him look greedy and afraid in the eyes of many boxing fans.

So by Fury now saying that he’ll fight for free, he appears to be attempting to change the minds of the people that now view him as a money-grabbing, materialistic person who is too lazy to get off the couch to fight the Joshua-Usyk 2 winner.

“However, the terms are this: I want it at Wembley Stadium, I want it free to enter, and I want it on free-to-air television in this country,” said Fury about his conditions for a fight against Joshua.

Fury will look silly later when he faces the Joshua vs. Usyk winner, and it’s revealed that he’ll be getting millions for the fight.

“I’ll fight him in England, not abroad in a foreign country for more money; here for free for the people,” said Fury.

Joshua will likely reject the idea of fighting Fury in the UK rather than a location where it can make the most money. If AJ can make more money fighting in Saudi Arabia than in the UK, he certainly isn’t going to choose the latter to stage the fight with Fury.

“You heard it here first, and this is going to be in every newspaper tomorrow. I’m fighting for free here in England, not in a foreign country. Here for free for the people,” said Fury. 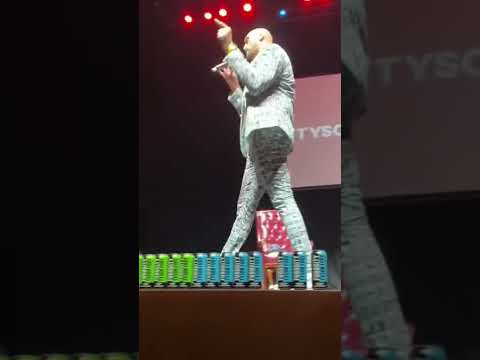