By Allan Fox: Rolando ‘Rolly’ Romero is convinced his promoters will get him a rematch with Gervonta ‘Tank’ Davis again after his loss on May 28th against the WBA ‘regular’ lightweight champion.

Rolly (14-1, 12 KOs) believes that his sixth-round knockout loss to Tank Davis (27-0, 25 KOs) has turned him into a “pay-per-view star” and that boxing fans are going to continue to want to watch him on PPV.

For the record, Rolly, 26, was brought in as the B-side opponent for Tank Davis in their fight on Showtime PPV on May 28th at the Barclays Center in Brooklyn. Tank brought in the buys and sold the tickets for that match. In other words, Rolly wasn’t the draw.

Whatever chance Rolly has of getting a rematch with Tank Davis will come down to whether the Baltimore native re-ups with Mayweather Promotions for another hitch and if Rolando proves that he’s a “pay-per-view star” in his subsequent fights.

“You’re not looking at it from my perspective. I’m the most marketable in the sport,” said Rolly Romero this week on Social media in damage control mode after his loss to Tank Davis.

It’s unlikely that Rolly’s fights can be sold on Showtime PPV if he continues to pad his record with the weak opposition he’d been facing before his promoters at Mayweather Promotions matched him up against Gervonta.

It’s evident from looking at those fighters that Mayweather Promotions had been inflating Rolly Romero’s record against cannon fodder-level opposition to make him look better than he actually is.

It’s like an NFL team being matched against teams with a 4-12 record. When you’re playing against middle-of-the-road opposition, it’s easy to look good.

Unless Mayweather Promotions are going to desperately shove a Tank Davis vs. Rolly Romero rematch down the throats of fans, whether they’re interested or not, it’s going to take some quality wins over top-tier opposition for Rolando to get a second fight against Gervonta.

Good options for Rolly to earn a rematch with Tank

Unfortunately, this writer can’t see Rolly beating ANY of those fighters, not one, but that might not stop Mayweather Promotions from setting up a rematch with Tank anyway.

Their stable is barren of names, and given how they like to do in-house fights, it’s reasonable to assume we’ll see a rematch between Tank and Rolly down the road.

“I’m going to get Gervonta Davis again,” said Rolly. “I already know that. That fights going to happen again.

“I don’t think people deserve a rematch when they get knocked out like that,” said Gervonta Davis when asked about giving Rolly a rematch. 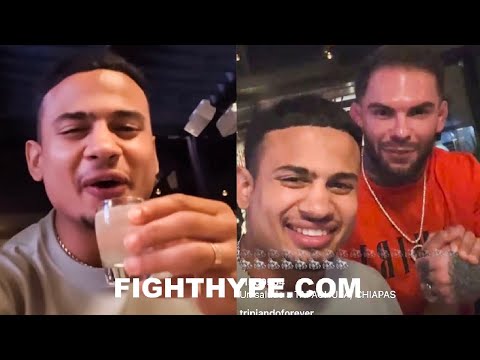