By Craig Daly: Gennadiy Golovkin isn’t taking Canelo Alvarez seriously about his intention to send him into retirement in their trilogy fight on September 17th at the T-Mobile Arena in Paradise, Nevada. 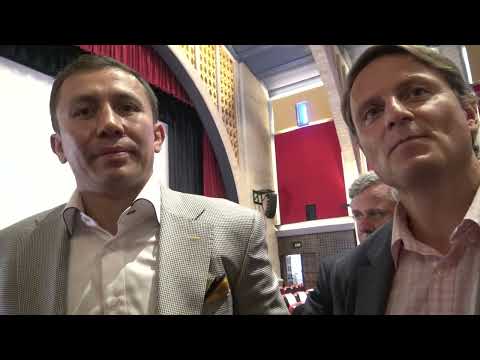 If Canelo is going to beat Golovkin into retirement, he’ll need to perform better than he did in his recent defeat against WBA light heavyweight champion Dmitry Bivol on May 7th.

It’s believed by some that Canelo’s chief problem with Golovkin is his comments made after the Mexican star tested positive twice for the banned substance clenbuterol four years ago in March 2018.

Canelo subsequently received a six-month suspension due to the positive tests. Unsurprisingly, Golovkin wasn’t happy to learn about his positive tests by Canelo.

That incident added to the bad blood that was already there from the controversial 12-round draw from their first fight in 2017. Many boxing fans felt Golovkin deserved the victory in the first match with Canelo.

One judge shockingly scored it for Canelo 10-2, and it appeared to some that Golovkin never stood a chance of winning with the officials that worked the fight.

“I didn’t think anything in particular. I was judging his reaction and behavior,” said Gennadiy Golovkin to ESNEWS when asked about his thoughts on meeting with Canelo Alvarez ahead of their September 17th trilogy.

“Nothing goes through my mind. It’s just words,” said Golovkin about his thoughts on Canelo, saying he will send him into retirement in their next fight. “It’s like a caravan of camels going through the desert, and there’s a dog barking at them. That’s it.

“I looked him in the eye during the face-off. There’s nothing to say. If he thinks I said something bad about him, it’s up to him to believe that.

“It’s not yet different from other fights, but on the other hand, we cannot call my opponent just an ordinary guy,” said Gennadiy. “Of course, I’ll be getting ready for this fight, I’ll do my best, and we will see how it is going to play out.

“I don’t think about Canelo at all, and I don’t pay too much attention to this,” said Golovkin when asked where he places the former four-division world champion Canelo on the pound-for-pound list.

“He [Canelo] lost his last fight and has more losses than me, so what else do we need to talk about here?” said Golovkin. 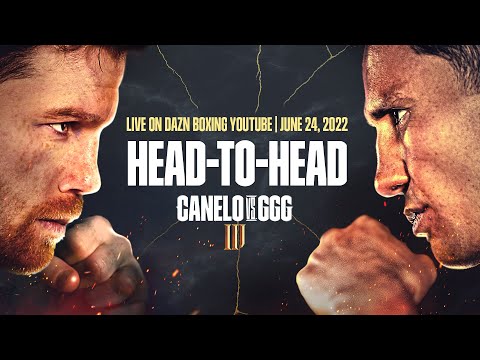 Dmitry Bivol could face Joshua Buatsi next, not Zurdo Ramirez »