In his present state, the estranged wife of Gomez, Carolina Gamboa, and his close friend, former boxing champion and boxing commissioner Victor “Luvi” Callejas had been unable to communicate with the estranged and reclusive Gomez for over a year.

The Coronavirus Pandemic forced millions of people into self-imposed isolation and seclusion, straining relationships in the midst of hysteria when millions turned ill, and millions died. Relationships and logic got lost in the panic of the pandemic. As a direct consequence of the Pandemic, there were many emotional casualties. Many innocent people, particularly those in need of home care and specific medical attention, got lost in the fog of the moment.

One of those lost souls, tragically, was Wilfredo “Bazooka” Gomez. On March 2, 2022, Puerto Rico police were finally allowed access to a home where he was rumored to be located by his girlfriend, identified as Diana Sevilla Villalobos, who at first threatened she had a firearm and had cut off access to Gomez, after gaining access to his finances.

Police found Gomez, age 65, who suffers from a speech impediment incurred from a boxing injury to his throat during his career’s later stages, bearded, disheveled, unkempt, dirty, face and legs swollen, living in squalor, and removed him by ambulance to a psychiatric institution. Required medical treatment had apparently long not been maintained.

For those familiar with the dark side of boxing, from Gerald McClellan to Wilfredo Benitez to Wilfredo Gomez to Jerry Quarry, life after boxing can be one of medical and financial disaster. Organizations such as Ring 8 and Ring 10 offer some hope to down and out boxers, but down and out fighters like Gomez, long forgotten, are susceptible to being used, abused, and neglected.

In Puerto Rico, where Gomez remains as much a public figure as former members of Menudo, Gomez is lucky to have had persistent family members and friends who still cared about him even when his mental decline separated him from those who still love and care about him.

For athletes in contact sports, it is not now but later which makes the critical difference. Publicity, regardless of its nature, can help to get athletes in need of medical care the recognition and attention they require. Boxers like Gomez must not be forgotten. 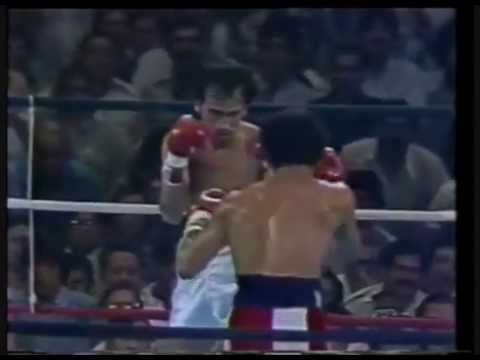 Does Gennady Golovkin Need A Career Defining Win Against Canelo To Be Remembered As An All Time Great And Legend? »