By Sam Volz: David Haye is predicting a victory for Dereck Chisora in his rematch with Kubrat Pulev on Saturday night at the O2 Arena in London.

Haye believes Chisora (32-12, 23 KOs) gets to the 41-year-old Pulev late and knocks him out with his pressure.

For that to happen, Chisora will need a good gas tank because he was exhausted in the second half of his last three fights against Joseph Parker and Oleksandr Usyk.

Pulev (29-2, 14 KOs) has changed his fighting style, from throwing mostly jabs to focusing on using his right hand to throw power shots.

Kubrat’s fighting style is entirely different from when he fought Chisora in 2016, and it’s going to be a test of whether that approach works in his rematch.

Chisora can’t allow Pulev to tee off on him with right hands as the Bulgarian did to his last opponent Jerry Forrest.

Derek’s punch resistance isn’t as good as it once was, and Pulev could take him out if he lands with the same regularity as he did in his fight with Forrest last May.

“My prediction is Dereck is going to win the fight. I feel a late stoppage is the most likely way he’s going to do it. If it goes to points, it means Derek hasn’t been able to get to Pulev. I’m leaning towards a late stoppage,” said Haye.

“So, he [Chisora] takes from the first fight the knowledge and understanding that he’s in a real fight. Prior to that, he didn’t really think about that.

“Now he knows that he needs to be the best he can be to get this victory because last time whatever he brought to the table, it might have been a close fight but he lost the fight,” Haye said about Chisora.

“This time, he’s got the hometown advantage, his name is first on the poster. The situation is in his favor. Maybe if exactly the same thing happens this time that happened in the first fight, he may get the decision because it never hurts fighting in your own backyard.

“He’s [Chisora] not the type of guy to leave it to the scorecards because he’s had bad experiences with those in the past. No, he doesn’t care about that.

“He just wants the biggest fights for the most amount of money and the fights the fans get very, very excited for,” said Haye when asked if Chisora is on a mission to avenge all his losses,” said Haye. 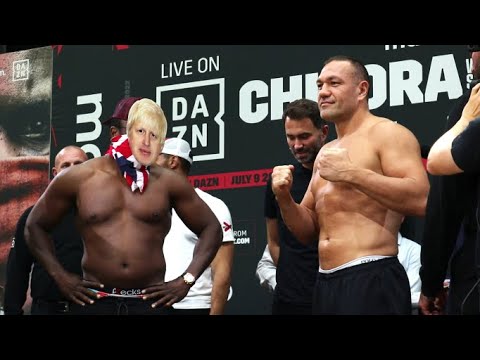