Nelson believes the welterweight Benn (21-0, 14 KOs) has a chance of beating Eubank Jr, even though he’s inexperienced and has never fought top 15 world-class oppositition before att 147 during his career.

Johnny feels that what the 25-year-old Conor showed in his wins over Chris Van Heerden, Samuel Vargas, Chris Algieri, Adrian Granados, and Sebastian Formella proved that he’s someone that should be taken seriously.

If Eubank Jr is weakened by the weight cut, Benn will have a real shot at beating him. If not, Benn could be in for a long night.

“Will he, once it’s signed on the dotted line, forfeit that and come in a little bit over? I don’t know,” said Johnny Nelson about whether Eubank Jr will come in over the 156-lb catchweight and pay the one for his fight against Benn.

“I think the only issue is size. Ability-wise, he’s [Benn] proven, ‘I’m now up a level.‘ Conor Benn is one of those fighters that you can’t underestimate. Conor Benn is probably one of the most improved UK fighters I have seen,” said Nelson.

I think a lot of boxing fans would disagree with Nelson about Benn having proven himself as being “up a level.” Based on the level of opposition that has been purposefully fed to Benn, you can’t tell if he’s any good because the fighters he’s beaten would lose to even the bottom feeders in the welterweight division.

#15 WBC Rashedi Ellis and #14Radzhab Butaev would likely beat everyone that Benn has faced as a pro and do it in the same fashion.

So, I don’t think size for him will be an issue, but he’s in with an absolute engine in Chris Jr,” said Nelson.

I believe Eubank will want to put him under pressure, put him under it. It’ll be about what punches are thrown, about how the fighters react to getting hit. This rehydration clause, I want to see how it affects Chris, and if he sticks to it, what kind of fight it’ll be.

“These are one of the few fighters that had iconic parents in the same that have managed to get the true respect of the public,” said Nelson.

“You know, I’ve seen a lot of news articles and press talking rubbish about the rehydration clause, the weight, the venue, and the date. It ain’t true unless you heard it from me,” said Conor Benn to Boxing Kingdom Media.

“I seen when I sparred him, he tracks down the ring really well. Yeah, I think he’s a tremendous fighter, and he’s definitely going to give Chris Eubank problems,” said Azim about Conor.

“He’s [Benn] a good fighter, he’s strong in there, but he hasn’t come up against high-level opposition yet. He’s been in with guys where he was meant to look good. He’s been doing the job, but if you put him in with someone like me, it’s a different story,” said McKenna. 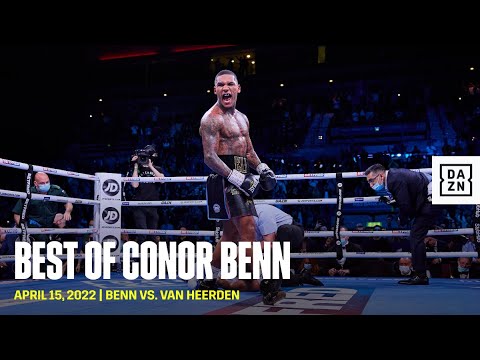 Artur Beterbiev vs. Dmitry Bivol needs to be made says Andre Ward »