Callum Smith vs. Mathieu Bauderlique added to Joshua vs. Usyk 2 on Aug.20th in Jeddah

Smith vs. Bauderlique will be fighting on the undercard of Anthony Joshua vs. Oleksandr Usyk 2 rematch.

Callum is ranked #1 with the WBC and will be looking to make himself the mandatory to World Boxing Council 175-lb champion Artur Beterbiev with a victory over #2 Bauderlique.

It’s very unlikely the winner of the Callum vs. Bauderlique fight will stand much of a chance against Beterbiev. He’s on another level than both of these guys. You can argue the Smith-Bauderlique fight is picking a future knockout victim of Beterbiev.

The lanky 6’3″ Smith has only fought once at light heavyweight, beating Lenis Castillo by a second-round knockout last September, fighting on the undercard of the first Joshua-Usyk fight at Tottenham Hotspurs Stadium in London.

Castillo wasn’t much of a test for Callum because he had recently lost to WBA 175-lb champion Dmitry Bivol.

The WBC could have made it tough on Callum by ignoring his fight against Castillo and waiting until he fought a quality fighter like Joshua Buatsi or Craig Richards before they made him the #1 ranked contender for champion Beterbiev.

Bauderlique isn’t much of a test either for Callum, even though he’s ranked #2 with the WBC. Born in France, Bauderique’s best wins have come against these fighters: Doudou Ngumbu and Igor Mikhalkin. The rest of the fighters in Bauderlique’s resume are an obscure bunch.

Callum is in the same boat, having only stepped it up against quality fighters a couple of times in his career in a one-sided loss to Canelo Alvarez and a win over the injured, one-armed George Groves.

Callum would likely have lost to Groves if he was in the zenith of his career before suffering a shoulder injury against Chris Eubank Jr.

“The last time I was in Jeddah, I was crowned the best Super-Middleweight in the world, so I have fond memories of the place,” said Callum.

“The whole experience was great, and the fans really got behind me, so I’m really looking forward to returning next month,” said Callum.

“I won’t come away this time as a World Champion, but this is a tough fight on a great card and one which should set up a challenge at the number 1 in the Light-Heavyweight division.”

Callum looked embarrassingly bad in his loss to Canelo Alvarez in 2020, spending most of the fight with his back against the ropes for some reason.

Smith looked like he was afraid to get off the ropes because Canelo was battering him with shots when he was in the center of the ring.

In another poor performance by Callum, he defeated John Ryder by a controversial 12 round unanimous decision in November 2019. 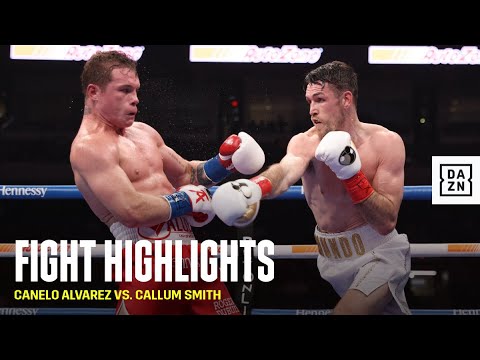 
« Conor Benn has started his camp for next fight