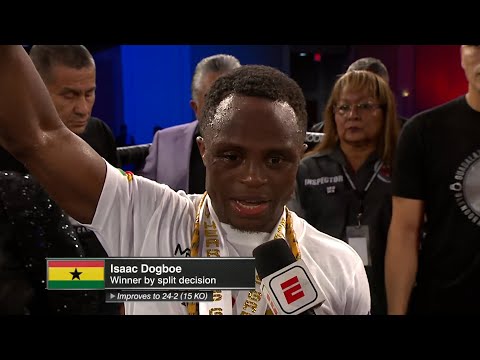 In the first round little action but what there was came from Dogboe with Gonzalez landing one punch. In the second and third rounds Dogboe continued outworking Gonzalez. In the fourth through the sixth rounds Gonzalez finally started throwing enough punches to take the rounds as Dogboe’s offense slowed down.

In the seventh round it was close but Gonzalez continued outworking Dogboe. In the eighth round Dogboe seemed to get his second wind doing enough to take the round and even the scores. In the ninth round Dogboe had a good round outworking Gonzalez with inside fighting. In the tenth and final round it was the best round of the fight with both letting it all hang out where Dogboe may have pulled it out. Referee was Mark Nelson. 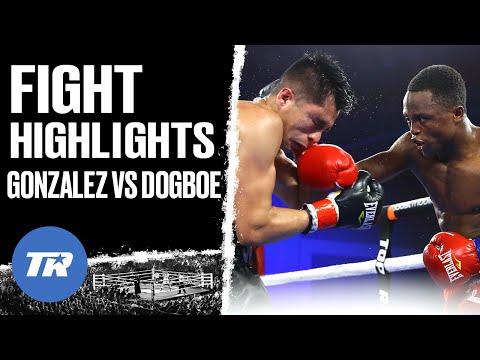 In the first seconds southpaw Cabrera missed a right landed a right on the chin and down went Flores taking an 8-count from Referee Charlie Fitch. In the middle of the round Cabrera drove Flores into the ropes with a combination causing a second 8-count knockdown but survived the round. In the second round it looked like Cabrera with hands to his side may have temporarily punched himself out though taking the round allowing Flores back in the fight.

In the third it was close until the final minute when Cabrera landed a lead left followed by a swivel jab rocking Flores doing enough to take another round. In the fourth Flores came back well enough to take a close round. 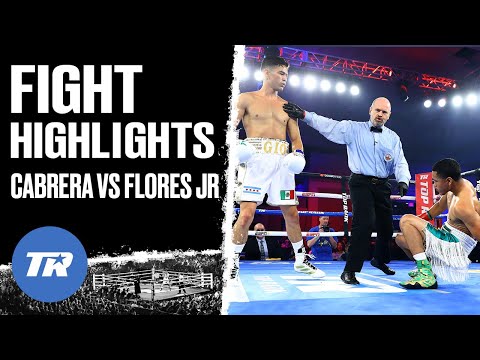 In the fifth rounds final ten seconds three rights from southpaw Cabrera on the chin knocked Flores off balance and down for an 8-count from referee Fitch. In the seventh round a left hook from Flores halfway through the round on the chin got the attention of Cabrera who came back well enough to take the round.

In the ninth round by the midway point Flores had swelling under his left eye starting to bleed. In the tenth and final round Cabrera did enough to take the round as both had problems slipping on logo in middle of ring causing referee to call time and wipe it.

Scores were 98-89 by all judges and by this writer. 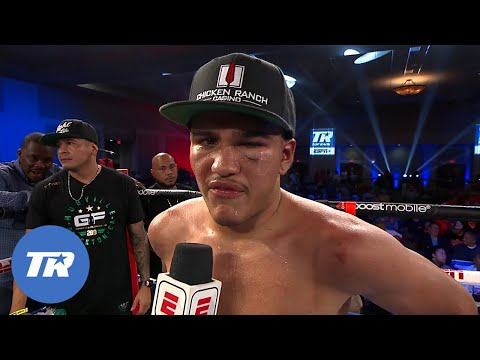 Afterwards the loser was interviewed which I believe is a first. Then the winner got interviewed.

In the first two rounds Hill outworked Martinez in the first before southpaw Martinez using lead lefts to the chin took the second. In the third round Martinez had an abrasion outside his right eye winning a close round against the aggressive Hill.

In the fourth it was Hill outworking Martinez who came back to take the fifth round. In the sixth and final round Martinez used a body attack to take the round in a close fight.

In the first two rounds both fighters inactive for over a year and it showed missing as much as landing but all Vianello. In the third round Rios keeps ducking when Vianello throws the right which lands on top of his head or behind it.

In the fourth round Vianello drew blood from the nose of Rios early in the round. In the final seconds two rights to the head and a left to the body and Rios took a knee and the count of 9 from Referee Tyrone Roberts getting up and the fight was waved off.

In the first three rounds it was all Brady the aggressor outworking Lopez. In the fourth and fifth rounds Brady was trying for a knockout while Echeveste was in survival mode. In the sixth and final round it was more of the same all Brady.

In the first round Woods was all over a defensless Jones before referee Mark Nelson stopped the one sided match. 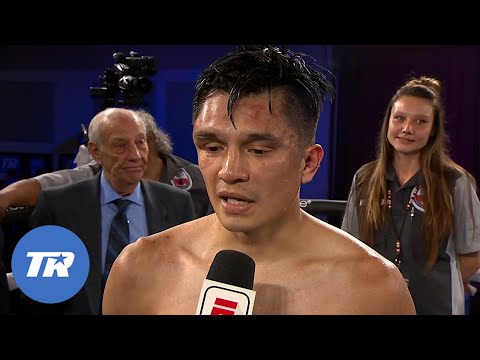 
« Andre Ward on Teofimo Lopez: “Did he address those demons” from